A bill released by Gov. Scott Walker would allow Foxconn to, among other things, discharge dredged materials, fill wetlands and change the course of streams. 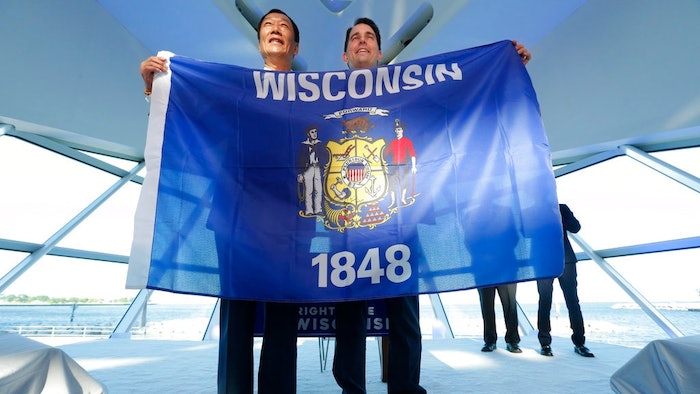 A wide array of Wisconsin environmental regulations would be waived under a proposal put forward by Gov. Scott Walker to lure electronic manufacturing giant Foxconn to the state.

A bill Walker released on Friday would allow Foxconn, without permits, to discharge dredged materials, fill wetlands, change the course of streams, build artificial bodies of water that connect with natural waterways and build on a riverbed or lakebed.

Foxconn would also be exempt from having to create a state environmental impact statement, something required for much smaller projects.

The bill would also allow for $252 million in borrowing to complete the rebuilding of Interstate 94 which connects Milwaukee with Chicago and runs along where Foxconn is expected to build the plant.

Wisconsin Gov. Scott Walker has called the Legislature into special session to consider passing a $3 billion incentive package to lure electronics manufacturer Foxconn to the state.

Walker made the call Friday for the Legislature to return in August. Walker and Foxconn CEO Terry Gou signed a memorandum of understanding on Thursday for the factory to be built, contingent on the Legislature taking action. The $10 billion plant could employ 13,000 people in six years.