They used a shadow company to overcharge the Army and hide earnings. 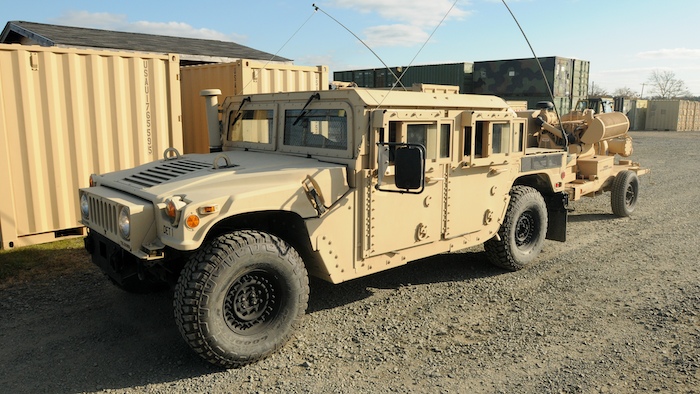 The Butler-based contractor, Ibis Tek LLC, removed the former co-owners, Thomas Buckner, 68, of Gibsonia, and John Buckner, 66, of Lyndora, in January along with former CFO Harry Kramer, 52, of Pittsburgh.

The three pleaded guilty Wednesday in Pittsburgh to charges of major fraud against the government and income tax evasion for filing returns that didn't include the illegal income, and other irregularities. The Buckners will be sentenced Oct. 10 and each faces a likely prison sentence of 41 to 51 months, while Kramer will be sentenced Oct. 18 and faces a likely sentence of 24 to 30 months, Assistant U.S. Attorney Nelson Cohen told the judge.

"Ibis Tek was not and will not be charged" in the scheme, Cohen said. The company released a statement when the criminal charges were announced in March, saying, "Our company was cleared in the related investigation which dates back to activities eight years ago and we, the over 250 employees of the new Ibis Tek, continue forward on our mission, which is to proudly serve the warfighter and our various government customers."

The Buckners have agreed to repay more than $6 million to the government, and have already repaid nearly $900,000 in income tax losses, according to their attorneys who spoke in court, but declined comment after Wednesday's proceedings. Thomas Buckner has agreed to forfeit $5,085,709 to cover his share of the losses and has already paid $1 million of that debt, defense attorney Alexander Lindsay Jr. said. John Buckner will repay the government $1 million.

The target of the fraud was the Warren, Michigan-based U.S. Army Tank-Automotive and Armaments Command, or TACOM, an arm of the Defense Department which procures military vehicles from contractors.

The Buckners and Kramer not only passed on the bogus $70-per-frame cost to TACOM, they also sold scrap aluminum relating to the manufacture of the frames but kept the money. The Buckners and Kramer were supposed to credit the scrap revenue to TACOM as a way of helping the government agency control costs, Cohen said.

Kramer was charged because he helped the Buckners by filing false tax returns that understated Ibis Tek's income in 2009 and 2010. The Buckner brothers' personal tax returns for those years also understated their income because they owned the company 50-50 at the time, Cohen said.

Ibis Tek was sold in February to investors who say the new company had nothing to do with the scam.