Anything that delays the fight against climate change is "an economic negative," said Mark Zandi, chief economist at Moody's Analytics. 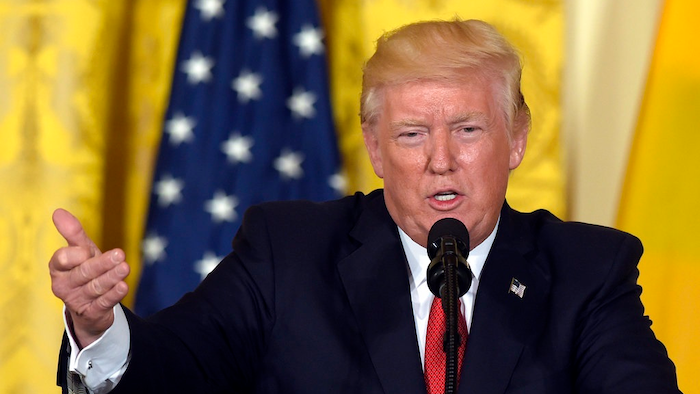 WASHINGTON (AP) — President Donald Trump has declared that abandoning the Paris climate agreement would be a victory for the American economy.

Many economists have big doubts.

They say the agreement would likely help create about as many jobs in renewable energy as it might cost in polluting industries. Should the United States pull out of the pact and seek to protect old-school jobs in coal and oil, it would risk losing the chance to lead the world in developing environmentally friendly technology — and generate the jobs that come with it. What's more, over the haul, climate change itself threatens to impose huge costs on the economy.

"Withdrawing from the Paris agreement is hardly going to create jobs in the U.S.," says Cary Coglianese, professor at the University of Pennsylvania and editor of the book "Does Regulation Kill Jobs?" ''While specific environmental regulations can sometimes lead to job losses, they also can and do lead to job gains — with the result being roughly a wash."

The Paris agreement has drawn surprising support from major companies, from oil giants like Exxon Mobil and Royal Dutch Shell to other corporate giants like Walmart and Apple.

Under the Paris accord, nearly 200 nations agreed in 2015 to voluntarily cut greenhouse gas emissions in a landmark agreement to fight climate change. The pact became one of President Barack Obama's signature achievements. But Trump campaigned on a promise to nix the deal, saying it would mean stricter environmental policies that would hobble the economy and cost jobs.

A White House official said Wednesday that Trump was planning to pull out of the Paris deal, although a final decision had not been made. And Trump has reversed himself before on major policy pledges, including on whether to abandon the North American Free Trade Agreement, a step the president no longer favors.

Economists say that leaving the Paris deal and easing efforts to control emissions would hardly deliver a big payoff in jobs. A 2001 study by Eli Berman and Linda Bui, both then at Boston University, found "no evidence that local air quality regulation substantially reduced employment" when Los Angeles imposed stricter environmental restrictions.

"There's no doubt that regulations have costs, but they are not the primary driver of employment," says Michael Greenstone, an economist at the University of Chicago.

Polluting industries such as oil and coal are highly automated and are unlikely to embark on a major hiring spree even if the United States dropped out of the Paris agreement, experts say.

Already, the United States employs more people in solar energy (nearly 374,000) than in coal (a little over 160,000), according to the U.S. Department of Energy.

"The perception that we have to decide between creating jobs or tackling climate change is a false choice," said Dean Garfield, president of the tech trade group ITI. "Our clean energy industry is growing and employing millions of Americans in good-paying jobs in both red and blue states as it powers more of our businesses and communities. It is not too late to for the president to stay the course and work with the tech industry to ensure that more clean energy jobs continue to go to Americans and that U.S. leadership in innovation is second to none."

Many big companies say they must make long-term investment decisions based on the assumption that most countries will stiffen environmental standards. Accordingly, they are increasingly investing more in green technology.

"The business sector is moving ahead anyway," van Ark says. "Businesses that are into this are into it for the long haul. Not just for four years, the term of a president."

General Electric, for instance, plans to invest $25 billion in clean technology research and development by 2020.

"We believe climate change is real and the science is well accepted," GE's chief executive, Jeffrey Immelt, wrote to employees in a blog post in March. "Our customers, partners and countries are demanding technology that generates power while reducing emissions, improving energy efficiency and reducing cost."