They overcharged the U.S. Defense Department for Humvee window kits. 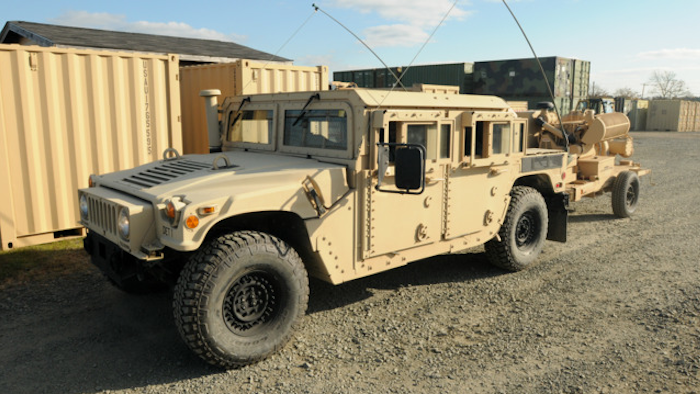 PITTSBURGH (AP) — Two brothers who formerly owned a Pennsylvania defense contractor have been sentenced to prison and fined after pleading guilty in a $6 million scheme to overcharge the U.S. Defense Department for Humvee window kits.

Thomas Buckner, 68, was sentenced to 2½ years in prison and fined $500,000 while John Buckner, 66, was sentenced to two years in prison and fined $300,000. U.S. District Judge Arthur Schwab said Thomas Buckner received the stiffer sentence because he was more involved in the day-to-day business of Ibis Tek LLC, the Butler-based contractor the brothers founded, especially after Buckner retired from the company's management in 2007. The brothers each owned half the company when the crimes occurred; the company was sold in February to new investors who had nothing to do with the scheme.

The Buckners and their former chief financial officer Harry Kramer, 52, of Pittsburgh, pleaded guilty in May to charges of major fraud against the government and income tax evasion for filing returns that didn't include the illegal income, and other irregularities. Kramer will be sentenced Oct. 18.

Assistant U.S. Attorney Nelson Cohen and the defense attorneys agreed before Tuesday's sentencing that the judge could sentence the brothers below the 41 to 51 months in prison dictated by federal sentencing guidelines given their cooperation so far, and their record of civic and charitable works. But Schwab rejected arguments by Thomas Buckner's attorney, Alexander Lindsay Jr., who hoped for probation.

"A non-prison sentence is a bridge far too far in considering the defendant's conduct," Schwab said. "The Buckners' generosity is undercut by the nature of this offense."

Cohen had argued for prison saying the brothers must be held responsible for something other than restitution, which he said was reasonable given the brothers' wealth.

"You don't want to stand in front of a judge with a pile of money in the bank and the victim not paid in full," Cohen told the judge. "Paying back the money is just the cost of doing business."

The target of the fraud was the Warren, Michigan-based U.S. Army Tank-Automotive and Armaments Command, or TACOM, an arm of the Defense Department which procures military vehicles from contractors.

The brothers scammed TACOM hiring a Chinese firm to make emergency escape window kit frames for $20 each and then selling them to TACOM for $70 each through a shell company they created called Alloy America, Cohen said. Alloy America was located at Ibis Tek and Kramer kept the books for both companies.

Kramer was charged because he helped the Buckners by filing false tax returns that understated Ibis Tek's income in 2009 and 2010.