The previous three year warranty was extended due to complaints from owners about low-beam headlight failures.

DETROIT (AP) — General Motors is extending the warranty on thousands of older cars and SUVs after the government began investigating complaints that the headlights can suddenly go dark.

The National Highway Traffic Safety Administration started the probe last month after getting 128 complaints from owners about low-beam headlight failures. The investigation could lead to the expansion of previous recalls.

GM notified dealers Tuesday that it would guarantee the headlight control modules on the vehicles for 12 years or 150,000 miles (241,000 km), whichever comes first. The previous warranty was three years and 36,000 miles. The company says the headlight module can fail in the heat generated under the hood.

GM is cooperating in the investigation and isn't recalling the vehicles because it's checking the headlight failure rate for comparable older cars, company spokesman Tom Wilkinson said. The investigation covers about 300,000 vehicles

Owners will be notified about the warranty extension and dealers will replace the headlamp modules if necessary.

The increased warranty doesn't cover every vehicle included in the NHTSA investigation, which includes the 2005 and 2009 Buick Lacrosse; the 2006 and 2007 Chevrolet Trailblazer, GMC Envoy and Buick Rainier; the 2006-2008 Isuzu Ascender and Saab 9-7X; and the 2007 Pontiac Grand Prix.

The government says complaints came from owners of vehicles that weren't covered by previous recalls but are within the model years they affected. A 2015 recall and a related one from 2014 covered about 497,000 vehicles. 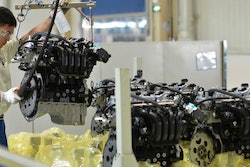