The Philadelphia DA had announced Tuesday that they didn't have the evidence, but a judge on Thursday ordered his arrest on involuntary manslaughter and reckless endangerment charges.

MaryClaire Dale
Attorneys Thomas Kline, left, Richard Sprague and Robert Mongeluzzi take part in a news conference while standing next to a photo of train engineer Brandon Bostian in Philadelphia, Thursday, May 11, 2017. A Philadelphia judge has ordered prosecutors to criminally charge the speeding Amtrak engineer involved in a 2015 derailment that killed eight people and injured about 200.
AP Photo/Matt Rourke

PHILADELPHIA (AP) — A Philadelphia judge has ordered prosecutors to charge the speeding Amtrak engineer involved in a 2015 derailment that killed eight people and injured about 200, days after they declined to do so.

The Philadelphia District Attorney's Office had announced Tuesday, as the two-year deadline to bring charges loomed Friday, that it couldn't prove Bostian acted with "conscious disregard" when he accelerated the train to 106 mph on a 50 mph curve.

That judgment call prompted civil lawyers representing the family of a technology executive killed to seek a private citizen's complaint. They believe Bostian should be held accountable.

The city quickly referred the prosecution to the state attorney general Thursday to avoid a potential conflict of interest. Attorney General Josh Shapiro's office said it's reviewing the matter. It could appeal the order to the state's Superior Court.

Federal investigators concluded that Bostian lost track of his location before the May 12, 2015, crash after learning a nearby commuter train had been struck with a rock.

The train had left Philadelphia minutes before, heading toward New York.

"We cannot conclude that the evidence rises to the high level necessary to charge the engineer or anyone else with a criminal offense," the District Attorney's Office said Tuesday in an unsigned statement. The current district attorney, Seth Williams, is awaiting trial in a federal bribery indictment.

Amtrak has taken responsibility for the crash and agreed to pay $265 million to settle related claims.

It's rare but not unprecedented for citizens to seek private criminal complaints when they object to a prosecutor's decision. Pennsylvania judges can approve or reject their petitions, but typically give wide latitude to a prosecutor's discretion. It's not clear if any such cases in recent memory in Philadelphia have survived when the prosecutor appealed.

The Amtrak complaint involves only the death of New York executive Rachel Jacobs, 39, who left behind a husband and 2-year-old son. Her father, a Michigan lawyer, had urged Williams to press charges.

"I just feel that my daughter's death needs to be vindicated. Here is a woman who died and nobody's being punished," the father, John Jacobs, told The Associated Press this week. "Somebody should be held responsible."

The misdemeanor charges each carry a maximum five-year sentence. Bostian's attorney did not return messages this week seeking comment. 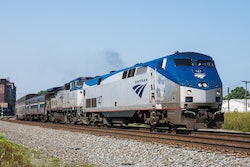 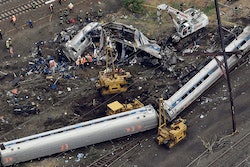 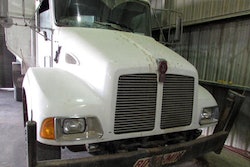