The group, which includes such companies as Nike, Best Buy, Target and Wal-Mart, is trying to make their opposition heard even while Congress and the president try to sort out exactly what adjustments to put forth. 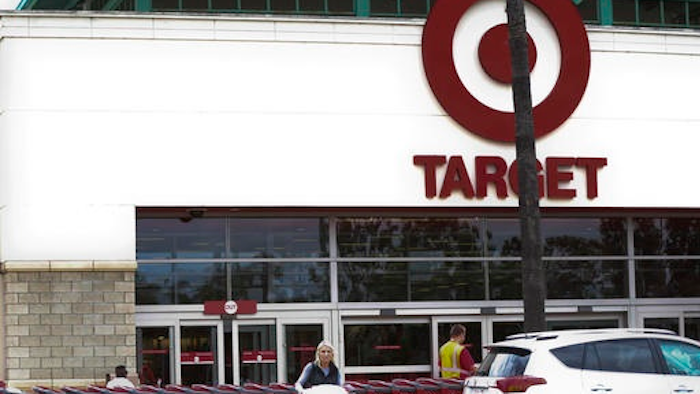 More than 100 retailers, including Wal-Mart and Target as well as key trade associations, are launching a new coalition aimed at fighting a Republican proposal on how imports get taxed, which they believe would harm their businesses.
AP Photo/Lenny Ignelzi

NEW YORK (AP) — More than 100 retailers including Wal-Mart and Target as well as key trade associations are launching a new coalition aimed at fighting a Republican proposal on how imports get taxed, a measure they believe would harm their businesses.

The National Retail Federation, along with the American International Automobile Dealers Association, the National Grocers Association and others are joining forces to form Americans for Affordable Products, which will run a campaign to educate consumers and show lawmakers that the so-called Border Adjusted Tax plan would lead to higher prices of as much as 20 percent on everyday items including clothing, food and even gas. The diversified group, which also includes such companies as Nike, Best Buy, luxury conglomerate LVMH and Dollar General, is trying to make their opposition heard even while Congress and the president try to sort out exactly what adjustments to put forth.

Congressional Republicans want to eliminate tax incentives that encourage U.S. companies to move overseas, sharply cut the corporate tax rate to 20 percent from 35 percent, and encourage more factory output at home. But opponents say the plan would have a harmful rippling effect, causing companies to even lay off workers. The proposal — spearheaded by House GOP Speaker Paul Ryan and Texas Rep. Kevin Brady, the top Republican on the House tax-writing committee — would constitute the most sweeping reforms to corporate taxes in at least three decades.

Trump has dismissed the cornerstone of the House GOP plan as "too complicated" and has been touting a 35 percent levy on imports. Yet his spokesman appeared to put the tax back in play last week by proposing a 20 percent tax on goods from Mexico and "other countries we have a trade deficit with" to pay for a border wall.

"There's a rush to get this done in Congress. We want to make sure our voices are heard," said David French, chief lobbyist for the National Retail Federation, which has been dispatching members to meet with different levels of the new administration as well as lawmakers. Details of the consumer campaign are still being worked out, according to a spokeswoman at the retail trade group.

A lot is at stake. Nearly all such items that U.S. shoppers buy are either wholly or partly produced overseas as companies have sought the cheapest way to make goods. And with online competition and shoppers trained to find the best deals, U.S. retailers haven't had the power to raise prices on many goods for several years.

"I'm losing sleep. I am scared out of my mind," said Rick Woldenberg, CEO of Learning Resources, which has signed on to the coalition. It is a family-owned company based in Vernon Hills, Illinois that makes educational toys and employs 150 people in the U.S.

He estimates that under the GOP plan his federal tax rate would soar to 165 percent from 39.6 percent, he would have to raise prices by 10 percent to 15 percent to stay viable, and would have to lay off employees.

Retail industry leaders "describe it as an existential threat," said Stephen Lamar, executive vice president at the American Apparel & Footwear Association, another member of the coalition. "When they crunch the numbers, it really affects things like solvency and profits."

Lamar said companies would likely have to pass along higher prices to shoppers, who wouldn't tolerate it. Companies say they also would have to try to squeeze suppliers for more savings and fear they might even have to lay off workers or close stores.

George Feldenkreis, CEO of Perry Ellis International, estimates that he would have to raise prices on his clothing anywhere from 20 percent to 25 percent if the border tax went into effect. Shirts currently range in price from $14.99 to $49.99.

"People who are thinking about it don't know the consequences," Feldenkreis said. He added that the company would also have to lay off workers.

"It's not just a retail implication," said Jack Kleinhenz, chief economist at the National Retail Federation. "We know it's going to impact Main Street in many ways. It could be autos, manufacturing."

The proposal would essentially tax corporations based on where their products and services are consumed, rather than on their incomes. In that way, it is similar to a sales tax.

House GOP supporters such as Ryan and Brady say that would eliminate the incentives for corporations to use complex schemes to shift their incomes to lower-tax jurisdictions.

To ensure the tax is focused on U.S. sales only, it would exclude a company's export sales. But the cost of imported goods would be taxed.

The tax could raise as much as $1.2 trillion in revenue over the next decade, which would help pay for the steep tax cuts included in the House GOP plan.

Proponents say if the plan is enacted, the dollar will increase in value by as much as 25 percent, resulting in cheaper imports and offsetting the impact. But many economists and industry executives worry the dollar wouldn't adjust, or certainly not fast enough.

And Lamar said a shirt label saying "Made in China," doesn't tell the whole story. Seventy percent of the value of the garment supports U.S jobs in areas like design and logistics, he said.

Other groups also oppose the border-adjusted tax, including Americans for Prosperity, a conservative organization backed by billionaires Charles and David Koch, who typically donate generously to Republican campaigns.

The tax would likely encourage companies to produce more in the U.S., or buy more of their parts and components in the U.S. Some companies say they could make those changes in order to avoid raising prices too much.

Robert Sands, the CEO of Constellation Brands, said on a recent conference call that the company could purchase more natural gas from the United States, rather than Mexico, which it uses to make glass for the Corona and Modelo beer it imports.

"It's those kinds of things that we are looking at, planning on, if this comes to pass," Sands said. "We don't expect consumer demand for our product to be affected."

Woldenberg, though, whose company makes 98 percent of its products overseas, says shifting his manufacturing to the U.S. isn't an option. In the last three years, he said he tried twice to find some U.S. molders interested in making its products here, but it wasn't financially feasible.

He also doesn't believe that changes in foreign exchange rates will offset the costs of the plan for retailers. And even if it did, he says relief wouldn't come right away.

"I am not going to play the currency markets to run this business," he said. "I want to make toys. I am not a forex trader."

How Trump Could Affect Key Areas of Economy

Which Companies Pay the Least in Taxes?