Which Companies Pay the Least in Taxes?

Studies show Apple isn't the only company adept at cutting its tax bill. So which companies have gotten the best deal? 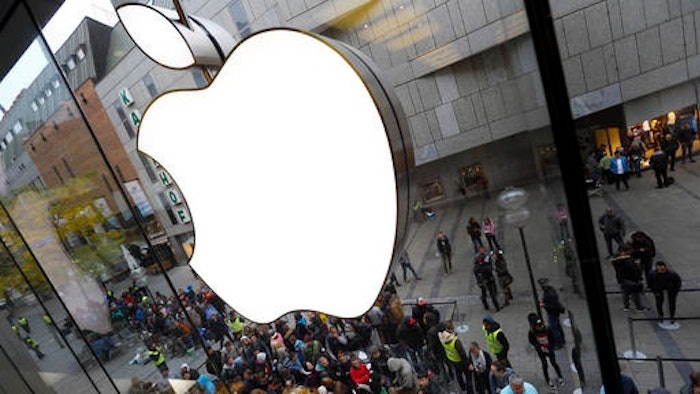 NEW YORK (AP) — It turns out some wealthy companies are just like some wealthy hedge fund managers: They're taxed at far lower rates than nearly everyone else.

Whether or not Apple used illegal breaks to pay virtually no taxes in Europe over 11 years, as regulators there contend and the company denies, the order last week that it pay billions in back taxes highlights a worrisome divide among the world's biggest corporations: Some pay relatively little taxes, others a lot.

Taxes paid in the U.S. and abroad by tech companies like Apple amounted to 24 percent of their profits in the 10 years through 2014, according to a Credit Suisse report. Energy companies paid 41 percent, nearly double.

Experts say a tax system that divides companies so starkly into winners and losers raises issues of fairness, along with questions about the wisdom of using tax codes to shape corporate behavior. It may also pose a danger to investors: Are companies that have boosted earnings by shifting headquarters abroad and other maneuvers vulnerable to a tax-collector crackdown?

Just which ones are vulnerable is difficult to know because tax rules are so complicated, but there is a lot of money at stake.

According to a May report by the research firm R.G. Associates, 78 of the biggest U.S. companies — from tech stars Facebook and eBay to glass maker Corning and food giant Kraft Heinz — would have earned at least 15 percent less last year without the benefit of overseas tax rates far below that in the U.S. Stocks of each of those four companies are up more than 20 percent in the past year.

"If you have a company that moves profits and operations around the world in a snake-like fashion, you don't know if they're going to wind up in the regulatory cross hairs," says Jack Ciesielski, head of R.G. Associates. "The European Union is getting much better at policing this."

The 28-nation bloc has launched investigations into deals struck by McDonald's and Amazon. They have ordered Starbucks to pay millions of dollars in back taxes. And in the U.S., the Treasury Department has been tightening rules to make it more difficult to relocate to low-tax countries.

In Apple's case, the European Union says it was so skilled at using illegal breaks offered in Ireland, that the taxes it ended up paying on every 1 million euros in profits amounted to just 50 euros — not enough to buy even two bottles of Jameson whiskey. The company was ordered to fork over nearly $15 billion in back taxes, plus billions more in interest.

Apple says it never asked or received "special deals" on taxes and did nothing illegal. The company says it will appeal the ruling and expects to prevail.

Whatever the outcome, studies show Apple isn't the only company adept at cutting its tax bill, which is why officials are cracking down.

— NO TAXES: Nearly a fifth of profitable U.S. companies paid no corporate taxes in 2012, the latest year tracked in a March report by the General Accounting Office. Many eliminated taxes by getting credit for big losses in previous years, a common move, but others took advantage of the kinds of overseas tax maneuvers that Apple uses.

— BIGGEST WINNERS: Drug maker Pfizer benefited the most from paying low foreign taxes last year, according to an R.G. Associates study. If it had to pay the U.S. rate of 35 percent on its overseas earnings, profits would have been $3.1 billion lower, or 55 percent less.

The top 10 tax "winners" last year also included PayPal Holdings, whose profit would have been 41 percent lower, and Expedia, facing a potential profit cut of 36 percent.

— INDUSTRY DIVIDE: Industries easily able to shift valuable assets abroad — think intangible stuff like patents on drugs — got the biggest boosts, according to a study by Credit Suisse. Health care and technology companies added $266 billion to their profits over 10 years, an increase of 35 percent, by taking advantage of lower rates abroad. Utilities, stuck with power plants in the U.S., got zero benefit.

Steven Rosenthal, a senior fellow at the nonpartisan Tax Policy Center, thinks a tax code that treats companies so vastly different is troubling if you believe markets should decide which ones will thrive and attract the most investment dollars.

"When governments put their tax thumb on the scales," he says, "too much capital flows to the companies in favor, and too little to companies that are not."

U.S. companies have been taking advantage of various foreign incentives and holidays for years now to avoid the U.S. corporate rate of 35 percent, the highest in the industrialized world.

The difference is that they have benefited more from the moves in recent years.

Companies in the Standard and Poor's 500 index paid 26.6 percent in taxes in the 12 months through March, according to Howard Silverblatt, senior index analyst at S&P Dow Jones Indices. That number can jump from one period to the next, but it's been generally falling, and is down sharply from 20 years ago.

Back then, the average rate paid for all taxes — federal, state, local and foreign — was 32.8 percent.

Will the tailwind to earnings keep blowing?

Perhaps not much longer, according to the report from Credit Suisse, which suggests that investor ignorance about the issue could make for a nasty surprise in some stock portfolios.

The report was written in December, before the political environment got even more perilous. In addition to Europe's crackdown on Apple, the U.S. Treasury recently announced rules limiting "inversions" that have allowed U.S. companies to slash taxes by moving their headquarters overseas.

Ciesielski of R.G. Associates isn't sure companies taxed at low rates will soon be facing higher ones, but he's concerned.

"It's a good thing," he says of the boost low rates give to profits. "But too much of good thing can backfire."