Poor sanitation and a lack of other protective measures resulted in silica residue and other chemicals contaminating dining tables and other areas throughout the plant. 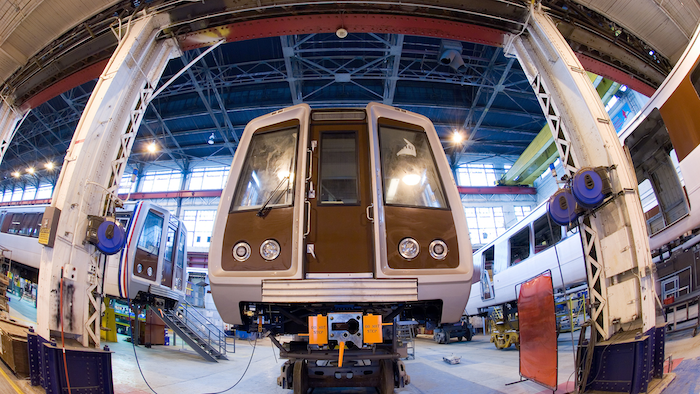 Federal workplace safety and health inspectors have cited a rail manufacturing and repair service facility in Syracuse, NY for 17 serious violations, including exposing employees to unsafe levels of known cancer-causing chemicals such as cadmium, lead, nickel and silica.

Responding to a complaint, the U.S. Department of Labor’s Occupational Safety and Health Administration initiated an inspection of Alstom Transportation, Inc. and found that the employer:

“Employers who work with hazardous materials like these need to first determine if the materials can be removed by replacing them with something less hazardous,” said Chris Adams, Syracuse OSHA area director. “If not, employers must use the correct ventilation to reduce airborne exposure levels to below the OSHA limits. These hazards are preventable when employers ensure safety guidelines are followed.”

A subsidiary of Alstom SA based in France, Alstom Transportation Inc. develops, manufactures, and markets systems and equipment for the railway market. Founded in 1997, the company employs more than 5,500 employees in the U.S., 550 of which work in Syracuse. The company operates the largest passenger rail manufacturing facility in North America, producing more than 8,000 new or refurbished rail vehicles to customers across the northeastern U.S., including 1,000 subway cars to the New York City transit system. Its U.S. headquarters are in New York City.