A corporate whistleblower's eight-year courtroom battle against Japanese medical device maker Olympus Corp. ended Thursday with a financial settlement and a promise from the company to stop harassing him. 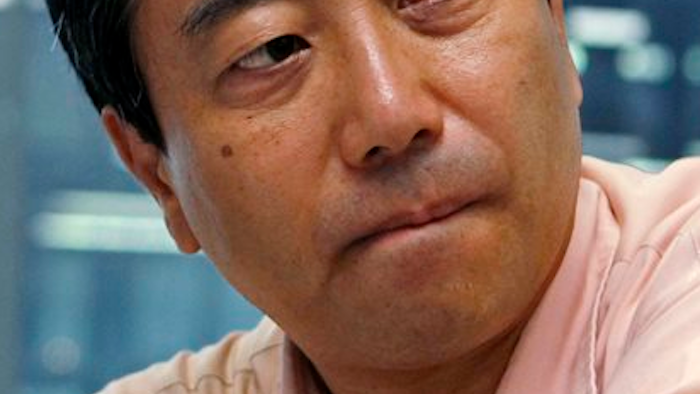 In this July 29, 2013 file photo, Masaharu Hamada, an employee of Japanese medical- device maker Olympus Corp., listens to his lawyer during an interview in Tokyo. The corporate whistleblower's eight-year courtroom battle against Olympus has ended with a financial settlement and a promise from the company to end its harassment of the man. Hamada and the company reached the settlement Thursday, Feb. 18, 2016, which awarded Hamada 11 million yen ($110,000). Legal settlements for individuals in Japan are typically small.
AP Photo/Shuji Kajiyama, File

TOKYO (AP) — A corporate whistleblower's eight-year courtroom battle against Japanese medical device maker Olympus Corp. ended Thursday with a financial settlement and a promise from the company to stop harassing him.

Under the deal, Masaharu Hamada will be paid 11 million yen ($110,000) by Olympus. Legal settlements for individuals in Japan are typically small.

The case, which reached Japan's highest court in 2012, has highlighted weak protection for whistleblowers in Japan. The Supreme Court said Olympus unlawfully punished Hamada for relaying a supplier's complaint that its best employees were being lured away by Olympus. It ordered Hamada reinstated to his original position.

But the company refused to comply, resulting in another lawsuit from Hamada, starting again from the lowest Tokyo District Court.

"I have no power. Olympus has power. I had to keep fighting in court even after the Supreme Court ruled that I was a legitimate whistleblower," Hamada said in a telephone interview.

A good salesman with experience in the United States, Hamada was demoted, forced to take rudimentary tests and ignored by colleagues.

His current job title is "team leader" but in name only. The settlement noted that the post falls far short of reinstating him to his previous position, and that Hamada "will never be able to completely regain his opportunities for promotion."

"The lawsuit has continued for such a long time that the company holds a certain positive view as a step toward normalizing the situation," he said.

Olympus was embroiled in a scandal in 2011 by its chief-executive-turned-whistleblower Michael Woodford, a Briton, who was fired after disclosing the cover up of massive losses. Woodford won a 10 million pound settlement from Olympus in a British court.

Hamada's plight may be extreme. But Japan's "salaryman" and "office lady" workers generally must put company loyalty first, and the slightest show of dissent can draw harsh punishment.

Hamada feels vindicated that, under the settlement, the company must send by email to all Olympus employees the court documents that outline how the judge found his treatment as unlawful. It's rare for such settlements to be made public in Japan.

"I'm going to work tomorrow," Hamada said. "Then I'm off to New York for a vacation."