Can GM possibly be road-ready with these by the end of the year?

We hear a lot about the millions of dollars in research and development that’s being poured into autonomous vehicle projects but, often, that’s it. Besides partnerships and funding announcements that drop into the news cycle here and there, we don’t usually get a look inside the testing programs in order to get a feel for where we’re really at with the driverless car.

And when we do, maybe we learn things we wish we hadn’t.

Tech news site The Information is reporting that GM’s self-driving car unit Cruise – recently estimated to be worth about $19 billion – is actually nowhere near road-ready saying, instead, that it’s plagued with technical glitches.

This wouldn’t be a big deal, probably – I mean, everyone is still buried in the testing phase, not just GM – but the company has been pretty bold with its predictions, suggesting it could be deploying vehicles for commercial ride-hailing without steering wheels or pedals, as soon as 2019. Which, just as a reminder, is NOW.

But the allegations in the report suggest GM won’t get anywhere close to that timeline, saying some San Francisco test rides are taking 80 percent longer than they would in a regular car… not to mention, the vehicles appear to have higher incidents of crashes than human driven vehicles and often encounter “near collisions with other vehicles, strange steering or unexpected braking.”

The report details one particularly humiliating fail for Cruise, when the chief executive of Honda, an automaker that happens to be an investment partner in the GM unit, took a test ride where the car’s software abruptly shut off, requiring the human backup driver to intervene. When the system couldn’t be revived, a second driverless vehicle reportedly had to pick up Honda CEO Takahiro Hachigo to finish the demo.

I think I can speak for most of us here when I say, you can go ahead and slow down, GM. While I can appreciate that there will be an automaker that wants to edge out the competition by pushing out the technology first, it benefits no one if it’s not ready. 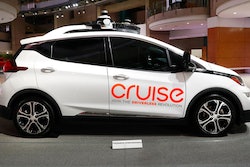 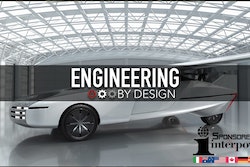