It's as big as an SUV and has a 350-mile range. Also, factory robots learn more about humans and creating a network without the internet or electricity.

Researchers at the University of Geneva in Switzerland have created the Beekee Box, a standalone box that can generate a wireless network that enables users to log on to a learning platform without the internet or electricity.

The standalone box was designed for people in remote areas with no connectivity, like people in refugee camps or war zones. It generates a local wireless network that anyone who has a device (and access) can connect to the information hosted on the platform. According to the researchers, it could be a useful tool for training and teaching.

The enclosure is 3D-printed in plastic and the unit includes a microcomputer and battery. The battery works for up to three hours, though you can add an external battery that adds up to seven more hours - the battery can be charged using solar power. The box is 10 cm high, 6.5 cm wide and can hold up to 256 GB.

According to the researchers, it takes about nine hours to 3D print the case and 20 minutes to assemble it. With the programming, the average box can be ready in 10 hours and costs about $150 in materials.

The Beekee box is currently being tested in a Kenyan refugee camp, which is home to 190,000 people. Computers in the camp are scarce and traveling throughout the camp is dangerous, so the box is being used to offer remote education courses to refugees who do have access to smartphones or other devices.

The Beekee Box could also be used in crisis situations, like the Ebola epidemic in Congo. The team is currently working with Doctors Without Borders to be able to provide the necessary medical information to help treat emergency medical care, even if there is no power or internet available in the region.

Last year, MIT researchers partnered with BMW to test ways for humans and robots to assemble car parts together in close proximity.

The team created a robot on rails concept that delivered parts to workstations. However, human workers would often cross this railpath and the robot was designed to freeze whenever a worker passed by. The problem was that the robot was too safe, freezing too early and creating inefficiencies. The issue was the algorithm, it knew where a person was going, but couldn’t anticipate how long the person would stay there and when they would come back across the rail.

The team went back to the drawing board and have created a new tool that better predicts a worker's trajectory.

The new algorithm helps the robot "understand" common human movements, like stops and retracing our steps. In the test, the robot stopped freezing in place for long periods of time and was capable of resuming work shortly after the human passed.

It's the next step towards not only robots working together in a factory, but also collaborating in the home. It could also be paired with tools that helps the robots read our gestures and recognize specific actions/behaviors.

The Aska is a new eVTOL flying car design. The door-to-door, drive and fly, hybrid electric vertical takeoff and landing vehicle comes from California-based NFT, which maintains an R&D center in Israel. The company is hopeful that, by 2025, their Aska will let you drive on the road and take to the skies, autonomously.

According to an interview with CNET, the company wanted to build a flying car that was more practical and could work within existing infrastructure. The Aska is designed to charge at any existing EV charging station, however is does require a 65’ x 65’ launch pad to take off and land.

About as big as an SUV, the Aska will begin flight tests in the first quarter of 2020.

The hybrid electric engine is expected to have a range of up to 350 miles, and the design can accommodate up to three passengers.

The company plans to integrate existing autonomous driving systems, but the company also has a home-cooked technology to make it fully autonomous in the air. The aircraft uses various sensors to create a "spherical awareness picture using sophisticated sensor fusion algorithms based on machine learning." They call it the Sense & Avoid System.

According to the company, the system includes trajectory predictions for moving objects which helps the decision-making algorithms plot a new path. The autonomous system is based on commercial-off-the-shelf components so it could be suitable for other flying cars and NFT plans to release it soon as a service. 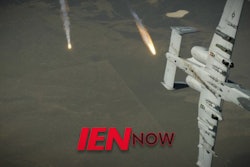