The new Handle may not be nightmare inducing, unless you’re a warehouse worker.

We first saw the Handle robot from Boston Dynamics in early February 2017 when early test footage was leaked. You may remember it by its first unofficial title, the "nightmare-inducing" robot.

The self-balancing robot is actually more efficient on two wheels than robots with legs, and was last seen speeding around a warehouse and leaping over obstacles.

Last week, Boston Dynamics released an incredible video (and this time on purpose) of Handle robots working autonomously in a warehouse.

The update once again shows off the robot's incredible agility and control as it uses its onboard vision system to pull boxes from multiple spots in the warehouse to build the pallet.

Handle uses force control to place the boxes precisely. According to the company, the cases in the video average about 11 pounds, but the robot is designed to move boxes up to about 33 pounds.

It can work with pallets that are up to 1.2 m (4 feet) deep and 1.7 m tall (nearly six feet) high. The robot actually got the name "Handle" because it was designed to handle objects. The company however, didn’t release how quickly the robot can work

Needless to say, the industry (and world) is interested, as the new post amassed more than 700k views in less than a day, including one viewer who said, "These ones don't get pissed that they're paid [sic] less than minimum wage and throw the boxes around out of spite.﻿"

The new Handle may not be nightmare inducing, unless you’re a warehouse worker. 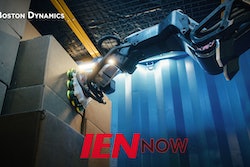 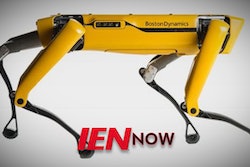 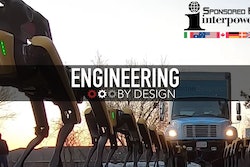