And each warhead includes 644 grenades. Also, an electric skateboard goes 45 mph and a CPAP mask made out of an Alien facehugger.

Sci-Fi author Jared Gray is normally known for his work with the written word, like his book Falling Into Midnight. However, he also refers to himself as a Tinker Gnome.

What most impressed me was how Gray's recent work as tinkerer tied two things very dear to my heart together: sleep apnea and the Alien franchise. Gray took his continuous positive airway pressure (CPAP) mask and combined it with a life-size foam Facehugger replica. If anything, the end result could help you have some fun with a loved one.

On his blog, Gray says, “I’ve been joking for years that if I ever ended up needing a CPAP mask, I’d incorporate it into a facehugger … I was recently diagnosed with sleep apnea, and now have my own CPAP torture machine. Seriously, these things are awful and create as much discomfort as they prevent.”

Instead of trying to cast and mold his one cuddly hugger, he found a reasonable one online for about $65, no word on whether or not insurance covered it.

What works out is that the alien's undercarriage lines up nice with the shape of the mask. Gray carved out some foam, adjusted the legs so it would actually hug his face (a little more cut and paste) and he splayed open the tail to fit the hose.

The project took about a week to finish, but he -- as well as many of his peers and Alien enthusiasts -- were more than happy with the end result. Huge geek cred on this one Gray -- and hey, you won't die in your sleep.

Electric Skateboard Tops Out at 45 MPH

Bajaboard is a manufacturer of extreme electric skateboards. The company is based out of Melbourne, Australia and just came out with a new design that the people at New Atlas called, "an act of extreme lunacy." To which Bajaboard countered, "#lunacy, but we love it."

Some early criticism has also pointed to the range as the Pantera dies after about 28 miles, though that is dependent on a number of factors - rider weight, terrain, speed, etc.

The skateboard weighs 57 pounds and the company does stresses that it is not for beginners. Bajaboard actually built it more as a tech demonstration and then decided to make it available to some niche customers.
According to the company, it can only be driven on private property and a spokesperson did admit that the team still hasn’t hit top speed in testing -- they're still looking for a willing airfield. He says the board is built more as an ego boost, like a supercar.
No word on the pricing yet, but the company's previous generation, the G4X starts at about $3,000.

Engineers from Sandia National Labs built an automated nine-robot system that has been called the "most complex, automated robotic demilitarization system" built in the last 20 years.

Since the Army started using this system, more than 700,000 submunitions have been demilitarized. Essentially, this is why we first conceived of robots, to do what could otherwise harm or even kill humans.

Located at the Anniston Munitions Center’s Multiple Launch Rocket System Recycle Facility in Alabama, the system was commissioned by the Department of Defense to dismantle obsolete ammunition and missiles. Otherwise, the munitions just wind up in storage. Now the Army can reuse and even recycle some of the materials like the steel grenade bodies, aluminum warhead bodies and copper.

The system can dismantle up to 21 warheads in a single shift, and while humans still oversee the operation it has otherwise taken many people out of harm's way.

Each warhead has 644 grenades tightly packed into columns and this system slowly cuts them apart and detaches the fuses.

The system is not without its design challenges. According to Bill Prentice, Sandia software lead for the project, “Part of the challenge is when you demilitarize warheads like this, you’re working on munitions that are 10, 20, 30 years old. You test on inert munitions that are in pristine condition, but when you start cutting apart warheads and looking at live grenades, they might have some environmental effects that cause process abnormalities, such as grenades being stuck together during removal.” 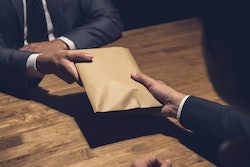 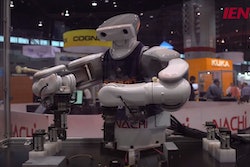 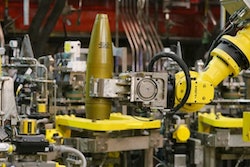