About one-fourth of the mustard agent contained in decades-old shells stored at a Colorado chemical depot has been destroyed.

Associated Press
In this Jan. 29, 2015, file photo, a remotely controlled robot handles an inert simulated chemical munition during training at the Pueblo Chemical Depot in southern Colorado. The Army announced Wednesday, June 13, 2018, the depot had resumed destroying decades-old shells containing liquid mustard agent this week. The plant had been shut down for repairs since September.
AP Photo/Brennan Linsley, File

PUEBLO, COLO. (AP) — Officials say about one-fourth of the mustard agent contained in decades-old shells stored at a Colorado chemical depot has been destroyed.

The Pueblo Chieftain reports the obsolete chemical weapons are being dismantled and destroyed at the Pueblo Chemical Agent-Destruction Pilot Plant.

The acting site project manager, Walton Levi, said in a statement this week that a quarter of the 2,600 tons (about 2,360 metric tons) of mustard agentwas destroyed.

The Pueblo plant began operation in September 2016 and has destroyed 112,400 chemical projectiles.

The facility had a stockpile of 780,000 projectiles. 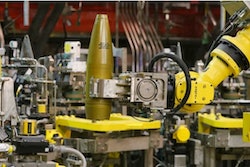 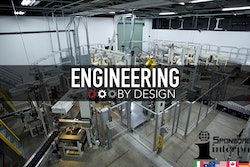