Lyft Pulls Electric Bikes Off the Road After Brake Problems

A spokesperson said they are aware of reports of injuries, but wouldn't specify the number of complaints it received. 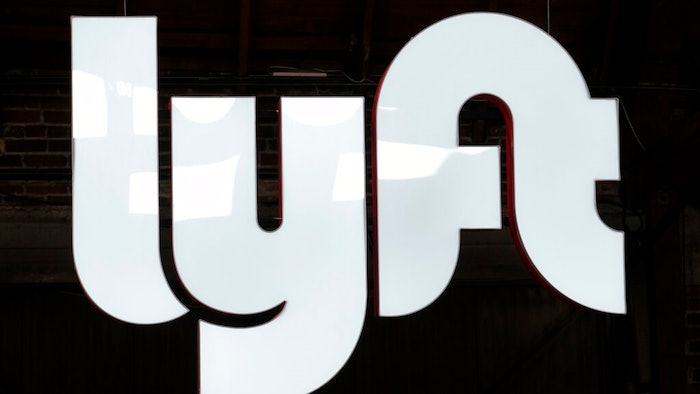 This photo taken March 29, 2019, shows a sign for Lyft in Los Angeles. Lyft has pulled 3,000 electric bikes from the streets of New York, San Francisco and Washington, D.C., after customers complained the bikes were braking too hard. A spokeswoman with the ride-hailing company said Monday, April 15, 2019, they are aware of reports of injuries, but wouldn’t specify the number of complaints it received. On Twitter, riders complained of being thrown over the handlebars.
AP Photo/Ringo H.W. Chiu, File

NEW YORK (AP) — Paul Buijs had logged more than 750 Citi Bike rides before he took out an electric bike for the first time. He was riding it in Manhattan when a minivan swerved into his path.

Buijs hit the brakes and immediately flew through the air, taking the brunt of the fall with his nose and lip. He said it felt like his teeth were grinding across the pavement.

"It basically just catapulted me face-first into the road," said Buijs, 41, who is an avid cyclist.

Lyft, which owns Citi Bike, has pulled 3,000 electric bikes from the streets of New York, San Francisco and Washington, D.C., after customers like Buijs complained the bikes were braking too hard.

A spokeswoman with the ride-hailing company said Monday they are aware of reports of injuries, but wouldn't specify the number of complaints it received.

Lyft removed the majority of its electric bikes, which can go up to 18 miles per hour, from the three cities on Sunday. Lyft is working with an engineering firm to determine the cause and did not estimate when the electric bikes would be back on the road.

"We recently received a small number of reports from riders who experienced stronger than expected braking force on the front wheel," Lyft wrote in a letter to customers on its bikeshare websites. "Out of an abundance of caution, we are proactively removing the pedal-assist bikes from service for the time being."

The electric bikes in question were designed by Motivate, the largest bike share operator in the U.S., which Lyft bought in November. Motivate operates in New York City as Citi Bike, San Francisco as Ford GoBike and Washington D.C. as Capital Bikeshare.

Lyft is also working on designing its own new electric bikes, which have not yet been released. Rival Uber acquired bike sharing company Jump Bikes last year and also invested in Lime, a bike and scooter-sharing company.

In San Francisco, which has a higher percentage of electric bikes in its fleet than Lyft's other markets, Lyft is extending monthly and annual bike memberships by a month.

Lyft made its public debut on the stock market in March, but company shares have tumbled far below initial offering price of $72.

On Monday shares slid another 6% to close at $56.11. That's 37% below the highs reached during the first day of trading late last month.

Uber is expected to go public in the next few weeks.