These technologies will be critical in developing next-generation combat vehicles.

Last week, several prominent members of the Association of the U.S. Army voiced their thoughts on the types of technologies that will be critical in developing next-generation combat vehicles.

Among those technologies getting the most support were hybrid power systems, advanced armor materials and laser-powered weapons.

Second, more investment is seemingly being poured into military technologies that are either less dependent on human engagement – i.e. drones and cyber, or those where the focus is more on weapons delivery than individual fighting, like jets and subs.

However, the ugly truth is that wars are won with actual boots on the ground. And in addition to battling conflicting investment priorities, the face of the enemy continues to change, with a stronger shift to smaller forces battling in isolated urban areas.

With this type of terrain in mind, the Army is focused on proximity and reliability. So greater protective armor and more precise weaponry becomes critical in quickly overwhelming the enemy and mitigating force and bystander losses.

Getting back to specific tech, the use of improvised explosive devices, (IEDs), rocket-propelled grenades (RPGs) and other armor-piercing munitions mean advanced protective materials are key.

These same materials, which are now being researched within the realms of nanotechnology, could also lend a hand in defending against cyber and electronic attacks targeting operating systems and electronic controls.

From a power perspective, biofuels, because of their lower cost and availability, are a hot topic. Hybrid technology combining biofuels with electric batteries is also being considered.

Fuel cell technology is intriguing because the same power source could be used for vehicles and weapon systems like high-intensity lasers, rail guns, and active protection systems that identify and neutralize incoming threats –  acting like a force field of sorts.

At the end of the day, the Army has a number of intriguing options, and their decisions will be critical in pushing new technology forward as well as ensuring soldier success and preservation.

This is IEN Now with Jeff Reinke. 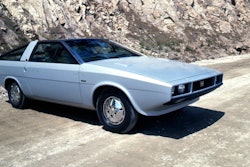