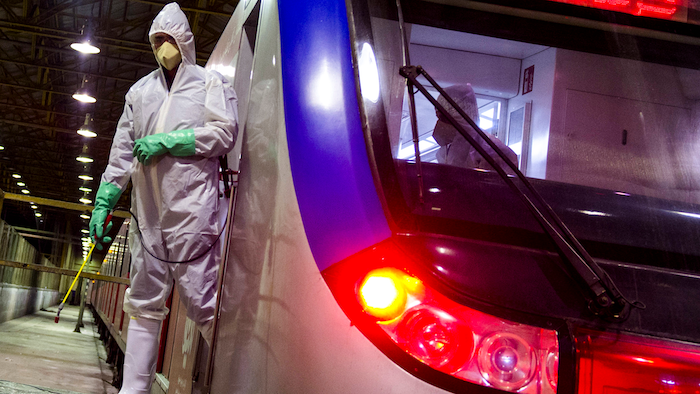 Workers disinfect subway trains against coronavirus in Tehran, Iran, in the early morning of Tuesday, Feb. 25, 2020. Iran's government said Tuesday that more than a dozen people had died nationwide from the new coronavirus, rejecting claims of a much higher death toll of 50 by a lawmaker from the city of Qom that has been at the epicenter of the virus in the country.
Sajjad Safari/IIPA via AP

Drugmaker Moderna has shipped its first batch of a possible coronavirus vaccine for humans to government researchers for testing.

Shares of the biotech company soared early Tuesday, a day after the company said it sent vials to the National Institute of Allergy and Infectious Diseases for early-stage testing in the United States.

More than 80,000 people have been infected globally from the viral outbreak that began late last year in China. A total of 35 cases have been reported in the United States.

More than 2,600 people have died from the virus in mainland China, including one U.S. citizen.

The stock started trading in late 2018 and set an all-time high price of $29.79 last April, according to FactSet.

Coronavirus Fear Touches Off a Global Run on Face Masks