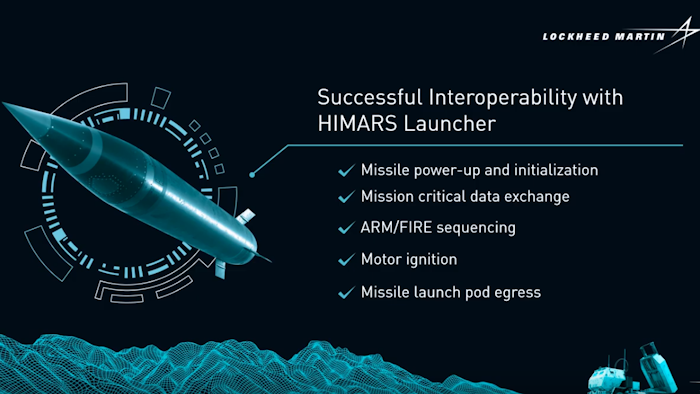 During the flight test, the PrSM was fired from Lockheed Martin's High Mobility Artillery Rocket System (HIMARS™) launcher and flew approximately 240 kilometers to the target area.