Google is also likely to roll out several other gadgets. 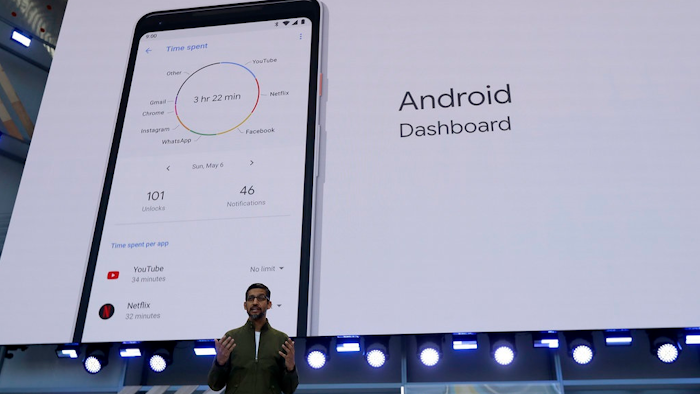 In this Tuesday, May 8, 2018 file photo, Google CEO Sundar Pichai speaks at the Google I/O conference in Mountain View, Calif. Google is expected to introduce two new smartphones in its relentless push to increase the usage of its digital services and promote its Android software that already powers most of the mobile devices in the world. The new phones will be the centerpiece of a showcase scheduled to begin late Tuesday morning, Oct. 9, 2018, in New York.
AP Photo/Jeff Chiu, File

The new Pixel-branded phones will anchor a product event Tuesday in New York. Google launched its line of high-end phones two years ago to better compete against Apple, Samsung and other device makers. That includes many that rely on free software and apps such as the free Android operating system, which powers most of the world's mobile devices, as well as Google's search engine, Google Maps and YouTube.

Google is also likely to roll out several other gadgets, including new version of its "smart" Home speaker, a rumored tablet with a detachable keyboard and an update to its Chromecast streaming device, based on media leaks.

The latest Pixel phones are likely to attract the most attention, even though the first two generations have so far barely made a dent in the market. Google has sold an estimated 7 million Pixels over the past two years, almost imperceptible next to the 3.6 billion phones shipped during that time, according to the research firm International Data Corp.

Google doesn't disclose its phone shipments, unlike Apple, which has sold about 388 million iPhones since the first Pixel came out in October 2016.

"If you have a Google tattoo on you, then these are the phones for you," IDC analyst Ramon Llamas said of the Pixel's limited appeal so far.

Google has been somewhat restrained in its distribution and marketing the Pixel phone, Llamas said, because it doesn't want to alienate Samsung and hundreds of other device makers who feature Android in their own phones. Because Android highlights Google services, it's key to Google's business of selling ads through its search engine and other mobile apps.

The iPhone also features Google's search engine, but Google may be paying Apple as much as $9 billion annually for that privilege, based on the estimates of Goldman Sachs analyst Rod Hall.

The new Pixel phones are expected to follow the trend of expanding the phone screen nearly to the edges of the device. Apple, for instance, just released its biggest iPhone yet, the XS Max, which sells for as much as $1,450. Google hasn't yet discussed prices for its Pixel phones.

Analysts are also expecting Google to add higher resolution and more cameras to the Pixel, whose first two generations attracted rave reviews for its high-quality pictures.