Google Gets Aggressive With New Gadgets

Google's previous attempts at hardware have had limited distribution and included such high-profile flops as its internet-connected Glass headgear. 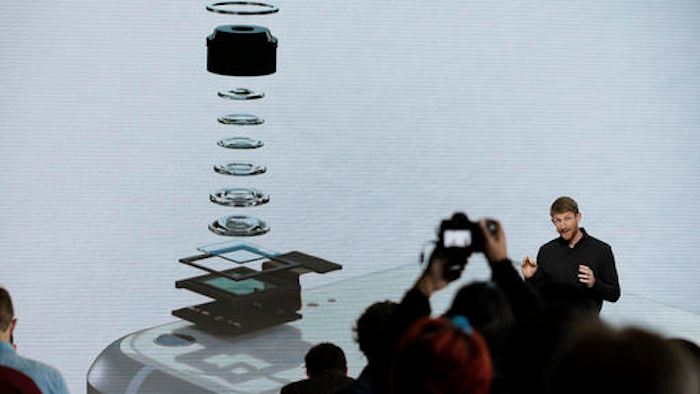 SAN FRANCISCO (AP) — Google ratcheted up its rivalry with Apple and Amazon by unveiling new smartphones, an internet-connected speaker that channels a digital assistant, and other gadgets the company hopes to make indispensable.

The devices announced Tuesday are part of Google's bold move to design and sell its own hardware, instead of just supplying Android and other software for other companies to make products. Google's previous attempts at hardware have had limited distribution and included such high-profile flops as its internet-connected Glass headgear.

This time around, Google is betting that it can design software and hardware to work seamlessly with each other. That's an art Apple mastered over the past 15 years as it turned out finely crafted iPods, iPhones, iPads and Macs.

Borrowing another page from Apple's book, Google is backing its expanded product lineup with the biggest marketing campaign in its 18-year history. The company isn't disclosing how much it will spend, but made it clear the ads touting products "Made by Google" will be ubiquitous during the next few months.

"They have done some advertising in the past, but it's never been with this kind of 'let us take care of everything for you' way," Gartner analyst Brian Blau said. "This is more like Apple's way of doing things."

Google executives showed off a series of gadgets in rapid succession in San Francisco on Tuesday.

The new Pixel phones, starting at $650, are aimed squarely at Apple's iPhone and could also siphon sales from the biggest manufacturer of Android-powered phones, Samsung.

Android now powers more than 80 percent of the smartphones sold around the world. But Samsung has increasingly been adding more of its own software, including its own mobile wallet, on its phones.

Analysts warned that Google's increased emphasis on its own branded devices runs the risk of alienating Samsung, as well as LG and other longtime partners that make Android gadgets. Google, though, emphasized it still plans to work with other manufacturers, even as it tries to become a bigger player in hardware.

Meanwhile, Google's new Home speaker represents a counterpunch to Amazon's Echo, a similar device that has become a big hit since its release about 15 months ago. Google Home will cost $129, undercutting Echo by $50.

Available in two sizes, the Pixel phones replace Google's previous foray into smartphones with a Nexus brand introduced six years ago. Google never hailed Nexus as its own phone, but instead positioned it as an example of how it believed the Android system worked best.

In promoting the Pixels, Google highlighted a camera it says trumps the latest iPhone, a long-lasting battery and a dedicated headphone jack — a staple that Apple eliminated from the iPhones released last month. And while past Google phones primarily relied on sales through Google's online Play store, the Pixel will also be sold by Verizon in the U.S.

Analyst Patrick Moorhead of Moor Insights & Strategy said in an email that Google was smart to emphasize the performance of the new smartphone cameras, as "consumers care about this a lot." But he said other features in the new phones didn't seem that much different from what Samsung and Apple have offered in their latest devices.

The phones and speaker will serve as a showcase for Google's digital helper, Google Assistant. The helper will respond to spoken questions such as "How do you remove wine stains out of the carpet?" and commands to control the volume of the television and other home appliances with internet connections.

Google Assistant escalates the company's battle against Apple, which offers a virtual helping hand through Siri, and Amazon, whose Alexa concierge resides in Echo and other devices.

Google believes its assistant will be more knowledgeable, more personable and more versatile than the competition. Its confidence stems from the more than 70 billion facts that it has stockpiled in a database that it calls a "knowledge graph," as well as the ability of its dominant search engine to quickly scan the web to retrieve a specific piece of information.

That's one reason why Google eventually wants the assistant on more devices, though the company currently doesn't have plans to build directly into Android the way Siri is automatically included in Apple's mobile software. Instead, Google will allow other device makers to include the assistant in their products if they want, beginning early next year.

"Search has been Google's golden ticket for the past 20 years of the internet, and now they are hoping artificial intelligence will become the next golden ticket," Blau said.

Still, while Google showed its new Assistant performing a variety of impressive tasks, Moorhead cautioned that similar services such as Siri and Microsoft's Cortana haven't fulfilled their early promises to ingrain themselves into people's lives.

Toshiba CEO Steps Down Amid Restructuring