Tesla's Musk Says He Shed No Tears in Interview

In the interview, he described how he'd become overwhelmed by the stress.

SAN FRANCISCO (AP) — Elon Musk is denying that he cried during a recent interview with The New York Times in which he described how he'd become overwhelmed by the stress of running electric car company Tesla.

On Twitter Tuesday Musk acknowledged his voice cracked once during the interview. But, he added, "That's it. There were no tears."

Musk was responding to a Forbes article shared on Twitter and written by Amy Nelson, the founder and CEO of workspace company The Riveter. Nelson wrote that she doesn't think she could cry in an interview, given the double standards that men and women face in the business world.

Times Finance Editor David Enrich, meanwhile, said on the social media site that the paper stands by its description of Musk's emotions during the interview. 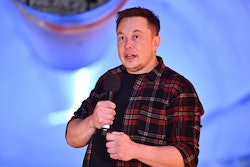 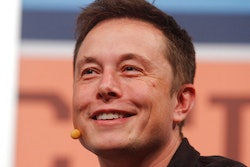 Musk: Cutting Back on Work Isn't an Option 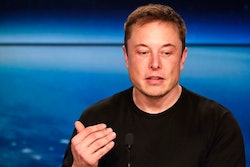