The Future USS Cooperstown Gets a Keel

IEN Staff
A welder authenticates the keel of LCS 23, the future USS Cooperstown, by welding the initials of keel authenticator Ellen R. Tillapaugh, Mayor of the Village of Cooperstown, New York. The Keel Laying is the formal recognition of the start of the ship's module construction process.
Lockheed Martin

Ellen R. Tillapaugh, Mayor of the Village of Cooperstown, New York, completed the time-honored tradition and authenticated the keel by welding her initials onto a steel plate that will be placed in the ship.

"It is a tremendous honor to authenticate the keel for the future USS Cooperstown," Tillapaugh said. "Ships and their crews have a special bond with their namesake, and I know the village of Cooperstown will proudly support this ship throughout her construction, and when she is commissioned and enters the Navy fleet."

"We are proud to build another proven warship that allows our Navy to carry out their missions around the world," said Joe DePietro, Lockheed Martin vice president of small combatants and ship systems. "We look forward to working with the U.S. Navy to continue building and delivering highly capable and adaptable Freedom-variant Littoral Combat Ships to the fleet."

LCS 23 will be the first vessel named for Cooperstown. Her name honors the veterans who are members of the National Baseball Hall of Fame located in the namesake city. These 64 men served in conflicts ranging from the Civil War through the Korean War. 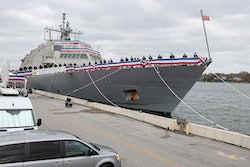 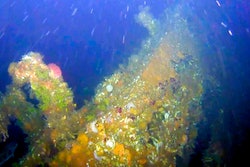 Shipwreck From Only WWII Battle in USA Found