The sci-fi weapon was the top-selling item at the Hollywood Legends auction. 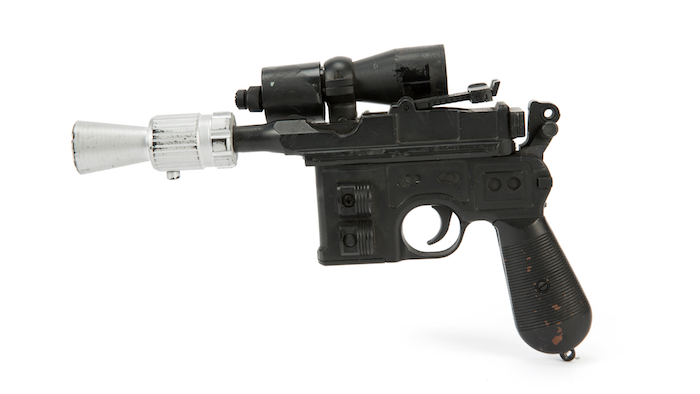 Julien's Auctions says Ripley's Believe It or Not bought the item Saturday.

The sci-fi weapon was the top-selling item at the Hollywood Legends auction.

The blaster was part of a collection from the U.S. art director on the film, James L. Schoppe. An Imperial Scout Trooper Blaster from the movie sold for $90,625.

Julien's says other items at the auction included a full Superman III costume worn by actor Christopher Reeve. It sold for $200,000, well over its original estimate.

The auction was held at Planet Hollywood casino-resort.