The iconic jacket is one of more than 600 costumes, original scripts and props up for auction. 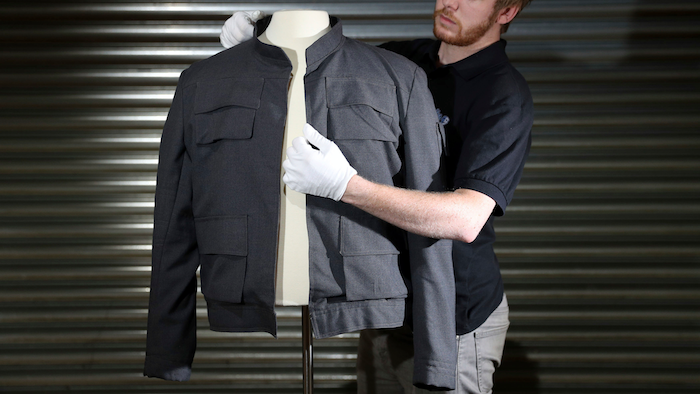 LONDON (AP) — The jacket worn by actor Harrison Ford in the "Star Wars" film "The Empire Strikes Back" is expected to fetch up to $1.3 million in an auction of rare movie memorabilia in Britain next month (view photos in gallery).

The blue-grey cotton jacket, worn in the 1980 film by Ford's character, Han Solo, is one of more than 600 costumes, original scripts and props up for auction Sept. 20 at London's BFI Imax.

The auction is organized by the Prop Store, a UK-based film and television memorabilia company.

Other items include a light saber from "Star Wars Episode III: Revenge Of the Sith," actor Johnny Depp's costume from the 1990 film "Edward Scissorhands," and a hat worn by Tom Hanks in Forrest Gump. 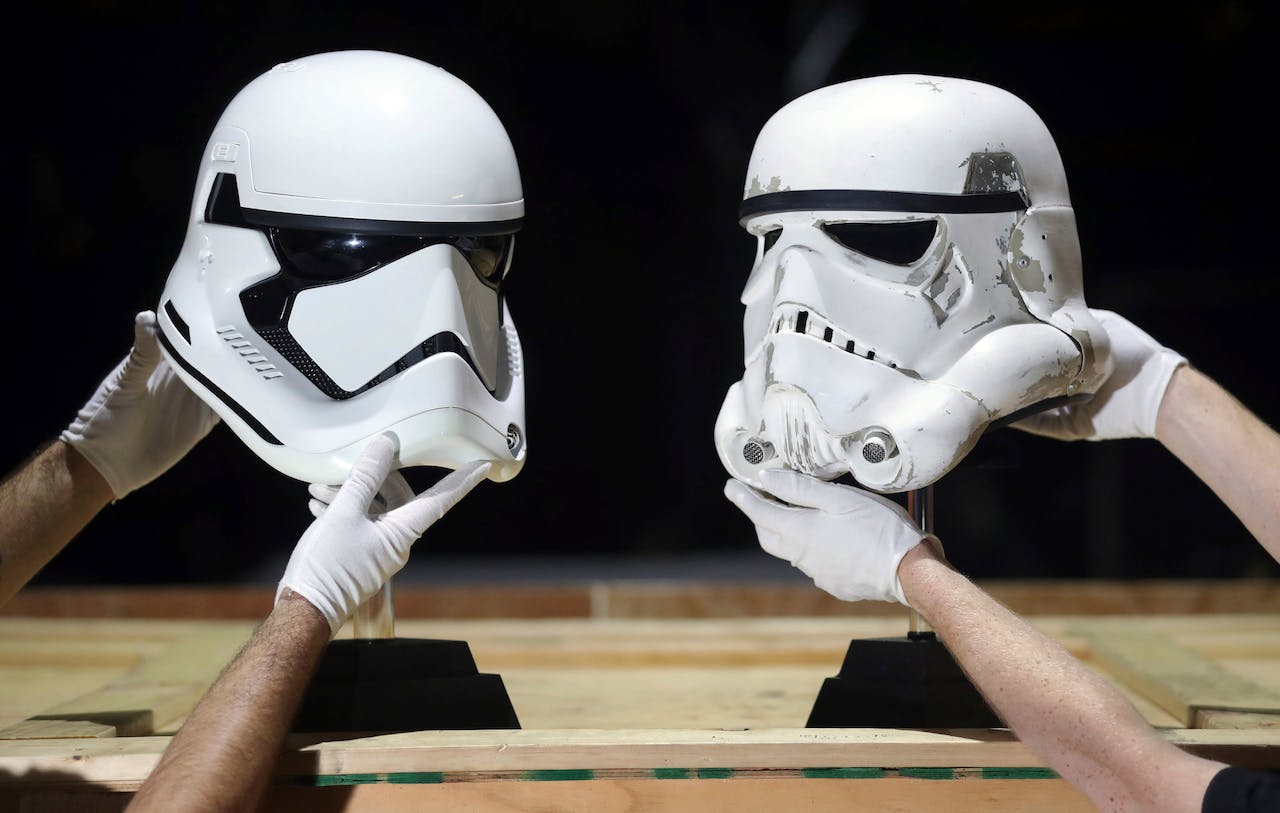 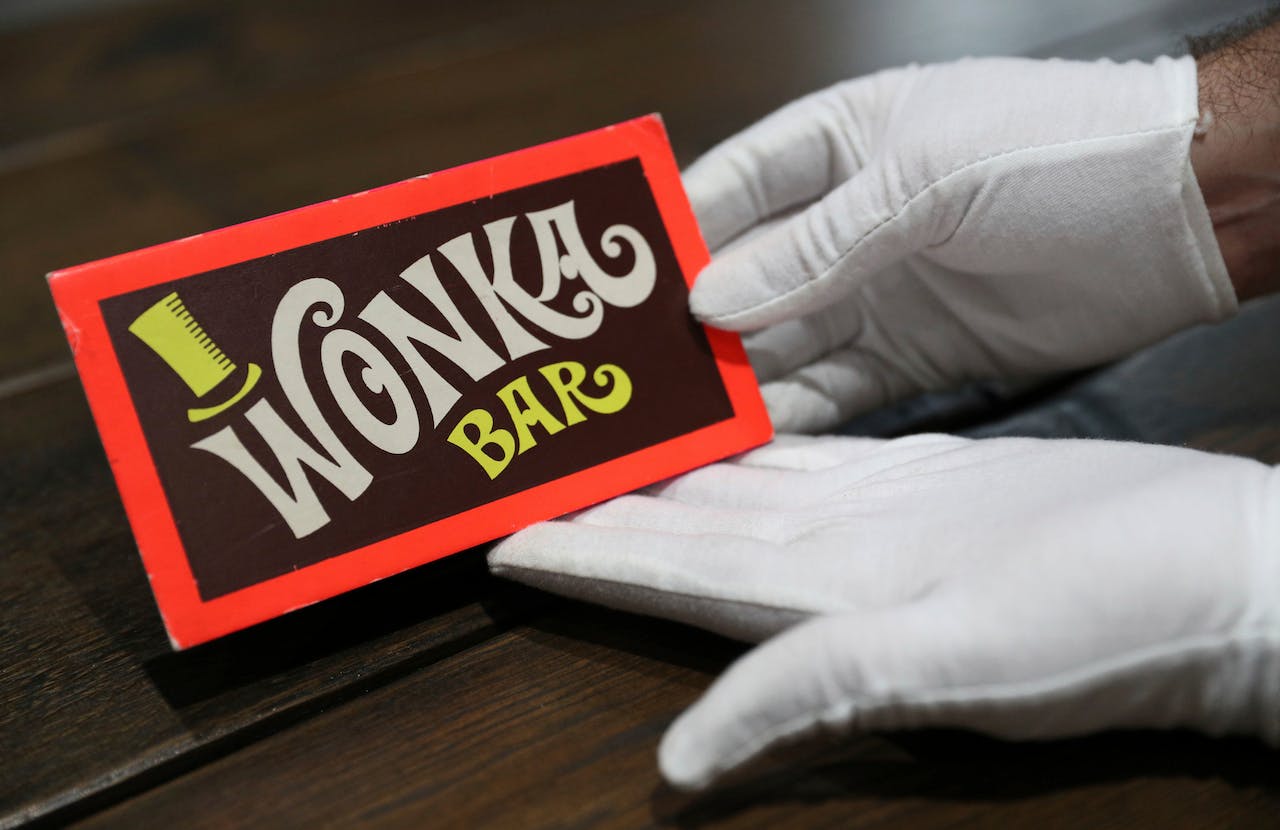 A Prop Store employee holds a Wonka Bar from the film Willy Wonka & the Chocolate Factory (estimate $10,000-$13,000) on display in the Prop Store head office.Andrew Matthews/PA via AP 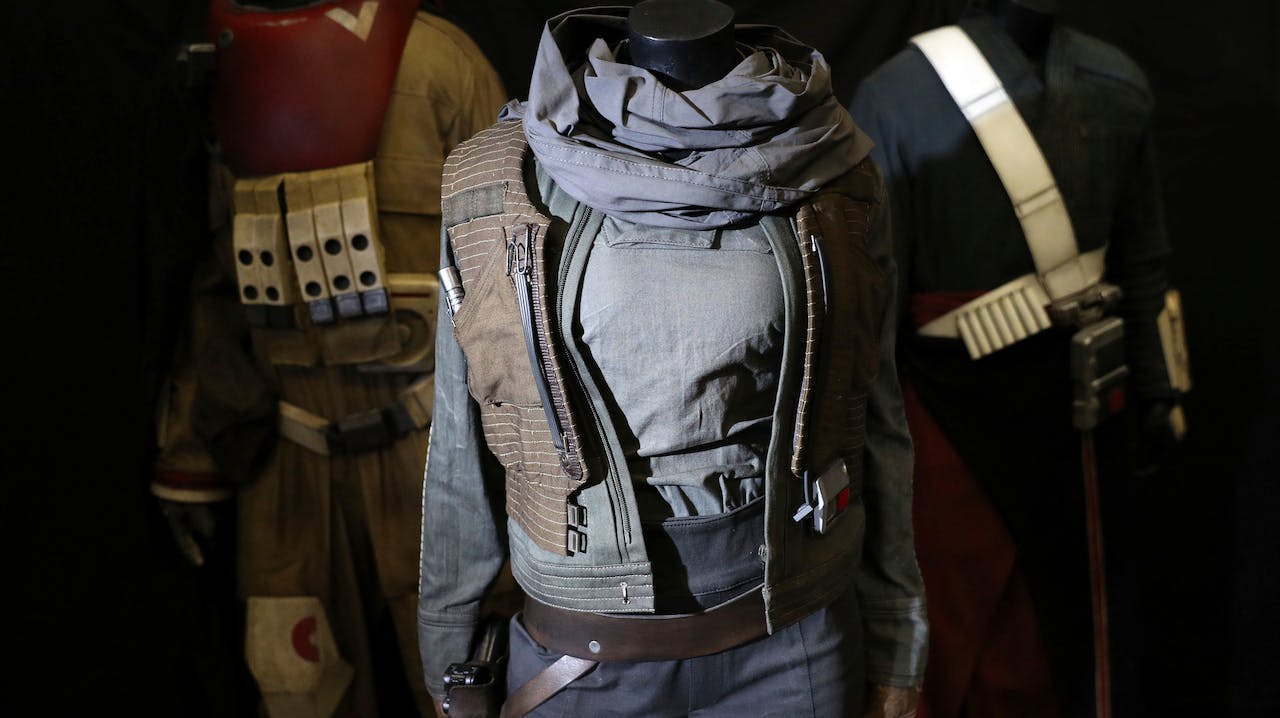 Costumes from Rogue One: A Star Wars Story including Felicity Jones's characters' costume, center, (estimate $19,500-$32,500) on display in the Prop Store head office.Andrew Matthews/PA via AP