The company wanted to raise awareness, so it hired the only guy to ever deadlift 500 kg (1,102 lbs). 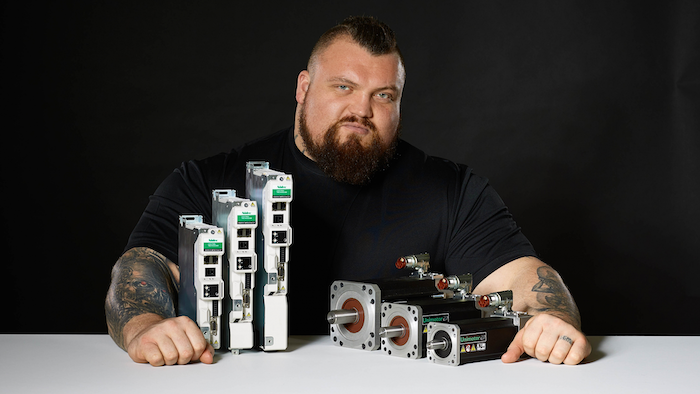 Founded in 1973, Control Techniques, a Nidec company, designs and manufactures electronic variable speed drives for the control of electric motors.

According to the company, Hall will now appear as the face of Control Techniques, helping raise awareness of the company's products and capabilities.

“We’ve been through some transformations recently – new owners, new products on the horizon – and wanted a symbol we could use to demonstrate our re-discovered confidence," said Anthony Pickering, president of Control Techniques, in a release. "Since 1973, we have a history of making bold decisions, and working with Eddie is the latest in a long line of firsts from Control Techniques. We’re looking forward to seeing people’s reactions when they see what we have in store with Eddie.”

As part of the agreement, Hall will help promote the company in a series of advertisements, public appearances and other projects.

The company is in Newtown, Wales, and it has operations in 44 countries