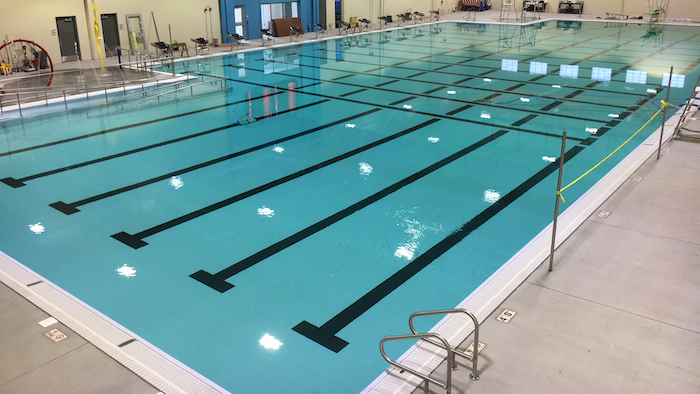 The Weitz Company recently completed an aquatics center addition for the Fremont Family YMCA, which included a Myrtha competition pool that is the largest ever built for a YMCA in the United States.
The Weitz Company

That is what it took for The Weitz Company to fill the largest YMCA pool ever built in the United States before completing the Dillon Family Aquatics Center at the Fremont Family YMCA, which is now the largest YMCA in the nation.

Turned over at the end of January, the community of Fremont, Neb., celebrated its state-of-the-art facility with a ribbon cutting ceremony on Feb. 6 that drew more than 600 people.

If the size of the pool (11,204 square feet) and aquatics center (29,745 square feet) are not impressive enough, the quality of the final product will certainly garner attention from YMCA members and guests. The Fremont Family YMCA chose a competition pool for its new aquatics center. It was engineered by the same company, Myrtha Pools, that has installed pools all over the world, including the U.S. Olympic Swimming Trials in Omaha, Neb., and 4 out of the last 6 Summer Olympic Games (Atlanta in 1996, Beijing in 2008, London in 2012 and Rio de Janeiro in 2016).

The pool includes six, 50-meter swim lanes and 12, 25-meter lanes with a 12-foot diving well. Its shallowest point is 3 feet 6 inches to accommodate youth swimming lessons, and there is a splash pad for younger children. Total capacity of the pool is 421 swimmers while the aquatic center, which will serve as the training and competition home of the Midland University swim teams, has the space to seat 386 spectators.

Founded in 1855, Weitz is the sixth oldest architecture/engineering/construction firm in the United States.