How Wearable Tech is Helping Olympians

Wearables and biometrics are becoming much more common for athletes at all levels. 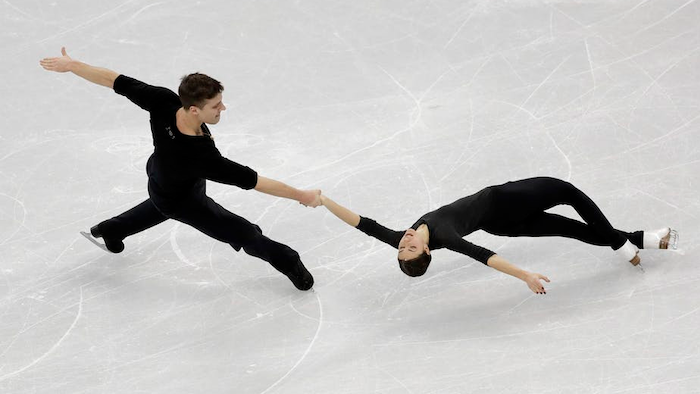 As Fitbits and other wearable activity monitors change how regular people exercise and track their activity, they’re having similar effects on how Olympians train and recover between workouts.

It’s long been common for coaches to use video cameras to show athletes what their form and movements look like, to track progress, and to fine-tune exactly the right technique for, say, taking off for a jump or landing after a particular trick. But those only show what’s going on from the outside.

Now, wearables, biometrics and apps analyzing their data are becoming much more common for athletes at all levels, giving indications of what’s going on inside an athlete’s body. I have worked as a sport physiologist with elite athletes for two decades, including with USA Swimming and U.S. Figure Skating; there’s not yet much research about the results in figure skating, but wearables have helped coaches, athletes and sport scientists in other sports like swimming, cycling, soccer and volleyball.

The most basic measurement of how hard an athlete’s body is working is how fast her heart is beating; many wearable devices track their user’s heart rate in real time. Trainers can measure how fast an athlete’s heart beats during maximum exertion in a test on a treadmill or skating increasingly fast across the rink.

Then, during workouts, a coach can determine how hard the athlete is working by comparing his real-time heart rate to his maximum. When a person’s heart is beating almost as fast as it can, that’s pushing nearly as hard as a person’s body can.

When an athlete’s heart rate is closer to half its maximum, the body is working at an intensity that allows the skater to recover from more demanding efforts. By tuning the workout to keep the athlete’s heart rate in certain ranges for certain periods, a coach or sport scientist can optimize both exertion and recovery time. That way, the body’s muscles and cardiovascular system are well trained and in top form for competition.

Figure skaters and many snowboarders and skiers are among those whose competitive performances include jumps – which means they have to practice intensively for each one. Those leaps, and their landings, exert enormous amounts of stress on athletes’ bodies – ranging from eight to 14 times the person’s body weight for a brief moment.

A 100-pound skater who jumps 50 times in a typical daily workout for five training days is loading 160 tons of cumulative weight on her bones during that training week. The forces are absorbed by muscles and bones in the feet and legs, as well as the torso.

That’s a lot of stress, and a lot of potential for injury. In figure skating, for example, 70 percent of injuries are from overuse – primarily from the accumulated effects of those impacts. Wearable monitors can track how many jumps a person takes and measure the rotational, gravitational and other forces involved in the jumps and landings. These readings can help coaches ensure athletes develop strength and endurance while warning of potential for injury.

Crucial elements of Olympians’ top performance come while away from practice sessions – including when they’re eating and sleeping. Athletes can use smartphone apps to record what they eat and when, tracking how many calories they take in, as well as amounts of nutrients like proteins, carbohydrates and fats.

Similarly, sleep-tracking devices use accelerometers to track a person’s movements – and sometimes heart and breathing rates – while they’re asleep. The data can reveal indicators of how well the person rested, such as how much a person moved around in bed at night. That can help coaches choose appropriate workouts depending on how tired an athlete is.

Wearables make available all these data – about nutrition, exertion, stress forces, rest and recovery – that coaches and athletes alike can use to improve training, boost performance and, ideally, make it to the top of a medal podium.