They are suspected of being accessories to fraud in connection with manipulated diesel emissions in Fiat Chrysler vehicles.

FRANKFURT, Germany (AP) — Prosecutors in the German city of Stuttgart are investigating two employees of auto components and technology firm Robert Bosch LLC in the U.S. on suspicion of being accessories to fraud in connection with manipulated diesel emissions in Fiat Chrysler vehicles.

Prosecutors said in a statement that the case involved Jeep Grand Cherokee and Ram 1500 models produced since 2014 with 3.0 liter diesel engines. The statement said that the vehicles had been found to have emission controls that turned off without any technical justification when the vehicles were not being tested.

Robert Bosch LLC is the U.S. division of Robert Bosch GmbH, based in Gerlingen, near Stuttgart. The statement said that the relevant acts contributing to fraud took place in the Stuttgart prosecutor's area of responsibility.

Bosch said it was cooperating with the investigation and declined to name the employees or comment on their current employment status.

In May, the U.S. Justice Department sued Fiat Chrysler alleging that it used a software "defeat device" on the 2014 to 2016 diesels that turned pollution controls on during government lab tests and turned them off while on the road. The government contends that the vehicles spew out harmful nitrogen oxide in excess of legal limits that can cause human respiratory problems.

FCA has contended that it did not install the software with intent to cheat on tests. In December, regulators approved 2017 models. Fiat Chrysler says it believes it can use the new model's software to update the older models to resolve the EPA's concerns.

A similar lawsuit was filed against Volkswagen over its use of what the company admitted was illegal software that turned off emission controls during every day driving. The suit was settled along with claims from car owners and could cost over $20 billion.

Bosch, supplier of emissions software installed in Volkswagen diesels, reached a $327.5 million settlement of private claims involving those vehicles in the United States. 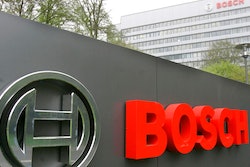 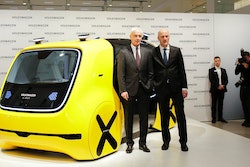 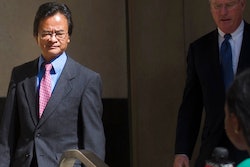