The company has decided not to appeal. 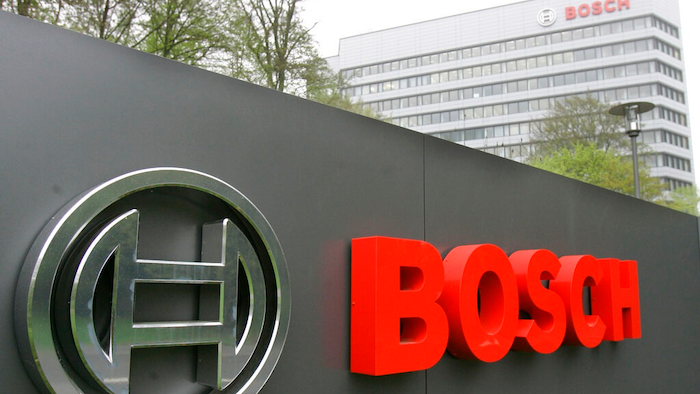 In this April 27, 2006 file photo, the logo of the Robert Bosch GmbH in front of the company's headquarters in Gerlingen near Stuttgart, southwestern Germany. German prosecutors have fined auto components and technology company Robert Bosch GmbH 90 million euros ($100 million) over its role in the diesel emissions scandal that erupted at Volkswagen in 2015.
AP Photo/Thomas Kienzle, File

BERLIN (AP) — German prosecutors have fined auto parts and technology company Bosch 90 million euros ($100 million) over its role in the diesel emissions scandal that erupted at Volkswagen in 2015.

Prosecutors in Stuttgart said Thursday that the company, formally called Robert Bosch GmbH, was fined for a negligent violation of supervisory obligations, and that the company had decided not to appeal.

Bosch delivered millions of engine control systems that were installed on various manufacturers' cars starting in 2008 and whose software, in prosecutors' words, "contained in part prohibited strategies" — leading to cars emitting more nitrogen oxide than permitted by regulators.

However, prosecutors said they believe that "the initiative to integrate and shape the prohibited strategies came from employees of the auto manufacturers."

They said that the fine does not affect ongoing criminal probes of Bosch employees. The bulk of the fine — 88 million euros — stems from profits on the sales of the parts, with the remaining 2 million euros covering the misdemeanor itself.

Prosecutors said that they took account of Bosch managers' full and constructive cooperation with investigators since 2015.

Bosch agreed to a $327.5 million civil settlement in the United States for supplying emissions software to Volkswagen, Audi and Porsche vehicles that enabled cheating on diesel emissions tests.

The diesel emissions scandal has cost Volkswagen itself billions of euros.

She faced allegations related to data-rigging at the World Bank.
Oct 12th, 2021
Follow Us
Most Recent