The case could have far-reaching ramifications for emerging battery-storage technologies. 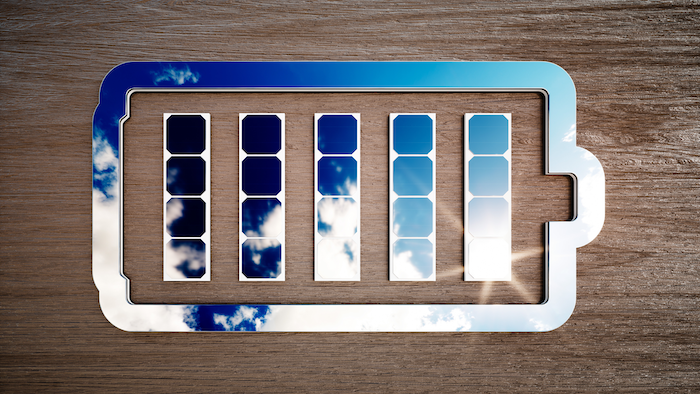 BOISE, Idaho (AP) — An Idaho-based energy development company is asking federal authorities to declare state regulators in violation of a law intended to promote alternative energy in a case that could have far-reaching ramifications for emerging battery-storage technologies.

Franklin Energy is seeking to build a $200 million lithium-ion battery storage facility in Twin Falls County. It contends the project, under federal law, qualifies for a 20-year contract with Idaho Power, which has more than 500,000 customers in southern Idaho and eastern Oregon.

But Idaho regulators twice rejected the company's request, saying the project is allowed only a two-year contract because the batteries would be charged with solar power.

Peter Richardson, an attorney with Franklin Energy Storage Projects, said the source of the renewable power shouldn't matter because battery projects could include wind, hydro or some other renewable energy form.

"There's a fundamental difference between what a battery project can do and what a stand-alone wind project or solar project can do," he said.

A battery can store energy until it's needed, unlike solar, wind or hydro that generate energy that must be used as it's produced. That, Richardson said, plus advances in technology have brought renewable-energy battery storage to the edge of being financially competitive on a commercial scale. That means similar projects could start popping up in other states.

"Battery storage is going to open a whole new chapter in the utility industry," Richardson said.

The disagreement involves the Public Utilities Regulatory Policies Act, or PURPA. Created in 1978, it's intended to promote alternative resources. It requires power companies to buy electricity at a state commission-approved rate from qualifying small power-production facilities.

Franklin Energy argues Idaho's Public Utilities Commission isn't abiding by that law. It also contends that, rather than protecting customers from Idaho Power's leverage as a state-regulated monopoly, the commission is protecting the utility at customers' expense.

Idaho Power contests that claim and has long contended it can buy energy on the open market cheaper than from PURPA projects, passing on those savings to customers.

The Idaho commission in 2012 limited wind and solar projects that can qualify for PURPA 20-year contracts to not more than 100 kilowatts after utilities complained they were being forced to buy power they didn't need at high rates. The commission said Franklin Energy is building a solar project exceeding 100 kilowatts, making it ineligible for the 20-year contract, a position it plans to defend with federal authorities.

Outside companies say 100 kilowatts is too small for a financially viable commercial solar or wind energy project. But Franklin Energy sees an opening with its facility it says should be defined as battery storage, not solar.

Battery storage on a commercial scale is so new that the 1978 PURPA law doesn't address it. In September, Idaho Public Utilities Commission member Kristine Raper told the U.S. House Energy Subcommittee that needs to be examined.

"Serious consideration should be given to whether battery storage qualifies as a renewable resource under the provisions of PURPA," she testified.

Comments from Idaho Power and Franklin Energy to the Federal Energy Regulatory Commission are due next week.

Richardson said the company expects a ruling from the federal commission sometime early this year.