It disappeared in World War I. 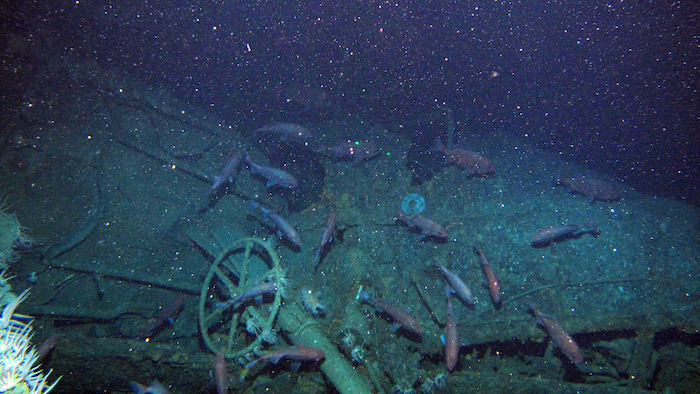 SYDNEY (AP) — One of Australia's oldest naval mysteries has been solved after the discovery of the wreck of the country's first submarine more than 103 years after its disappearance in World War I (view photos in gallery).

The AE1 vanished off the New Guinean island of New Britain on September 14, 1914, with 35 crew aboard from Australia, New Zealand and Britain.

It was the first Allied submarine loss of the war and the first wartime loss for the Royal Australian Navy, yet the exact reason for its sinking remains unclear.

No fewer than 12 fruitless hunts for the sub had been carried out over the past several decades, but Australian Defense Minister Marise Payne said Thursday it was located more than 300 meters (984 feet) below the surface in a search using a Dutch-owned survey vessel that started only last week.

While the reasons for the submarine's sinking remain unclear, Payne said the Australian government was now trying to contact descendants of those killed on board.

"It was the first loss for the RAN and the first Allied submarine loss in World War I — a significant tragedy felt by our nation and our allies," Payne said in a statement.

Payne said a commemorative service was held to remember those who died after the vessel was found. Australia will now discuss with the Papua New Guinean government the building of a lasting memorial and ways to preserve the site.

The AE1 made final contact with an Australian ship at 2:30 p.m. the day it disappeared. Mystified villagers on a nearby island at the time spoke of seeing a "monster" or "devil fish" that appeared and quickly disappeared into the water.

It has always been assumed the AE1 was not a victim of enemy action, since the only German vessel nearby at the time was a small survey ship.

Because no wreckage, oil or bodies were found, it was also believed the AE1 sank intact, most likely after striking a reef that punched a hole in the pressure hull. Whether or not this is what happened is still to be publicly verified.