Tech is Taking Over Our Lives, and Our 401(k) Accounts

As technology takes over more of people's daily lives, it's also taking over ever-bigger chunks of their retirement accounts. 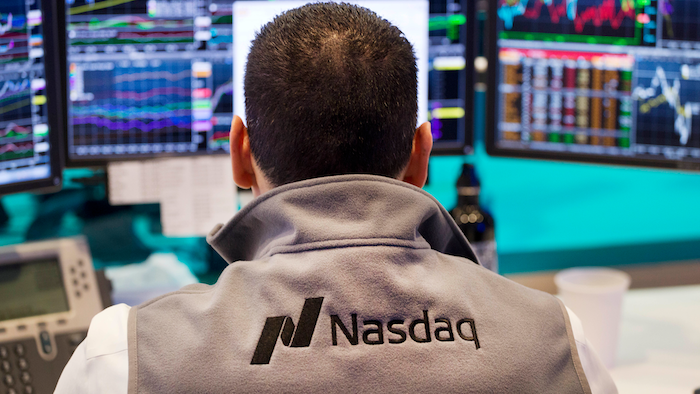 In this April 16, 2015, file photo, an employee monitors prices at the tech-driven Nasdaq MarketSite in New York. From Silicon Valley to Shanghai, surging share prices for technology companies means the industry is making up an ever-larger chunk of stock funds. Tech companies have been able to produce strong profit growth for years, even when the global economy was scuffling, but the strong performance also raises worries that they’re overpriced.
AP Photo/Mark Lennihan, File

Surging prices for technology stocks around the world mean the industry is making up a larger proportion of global markets. In the United States, Apple, Google's parent company and other tech companies account for nearly 24 percent of the Standard & Poor's 500 index. A decade ago, they made up less than 17 percent of S&P 500 index funds. The makeover is even more dramatic overseas, where ascendant companies like China's Tencent and Alibaba have quickly stormed into the ranks of the world's largest.

As a result, investing in many stock funds has increasingly become a bet on technology companies. That could be reassuring for investors given how tech companies have been able to deliver big profit growth for years, even when global economic growth was only middling. But it's also a concern for skeptics who see tech stocks as overly pricey and primed for a pullback. The worries came into starker relief in recent weeks, after tech stocks tumbled more than the rest of the market.

To see how the tech takeover is changing investing, consider mutual funds and exchange-traded funds that focus on stocks from emerging markets. These kinds of funds offer access to growth in China and other developing economies.

A decade ago, these funds were dominated by hulking telecoms, energy companies and the commodity producers that feasted on fast growth in construction and factory activity. They included China Mobile, the Brazilian oil giant Petrobras and Russia's Gazprom natural-gas company.

In late 2007, technology companies made up less than 11 percent of Vanguard's Emerging Markets Stock Index fund. But in the ensuing years, tech companies like Tencent and Alibaba grew to serve hundreds of millions of users buying things with their mobile phones, chatting online and listening to music.

Now the Vanguard fund, which is the largest emerging-market stock fund by assets, has almost twice as much of its portfolio apportioned to technology stocks. Its biggest single holding is Tencent, which is behind the popular WeChat messaging app and other products.

The shift toward technology stocks and away from old-economy companies is a result of the rise of emerging markets' middle classes, which are increasingly going online and also benefiting from the world's voracious demand for technology, she said.

Ribeiro has 33 percent of her Emerging Markets fund invested in technology stocks, more than any other sector. Some of her recent acquisitions include Momo, a Chinese dating app, and AAC Technologies, a Chinese supplier for Apple. A decade ago, the fund invested more money in financials, raw-material production and other areas of the market. The portion devoted to tech was just 12 percent. The fund has ranked in the top 8 percent of its category for returns over the last five years, according to Morningstar.

In the United States, tech stocks in the S&P 500 doubled the gain of the index through the year's first 11 months. A slump in the sector in recent weeks reminded investors that tech stocks are historically prone to price swings and expensive of late, based on several measures of value.

Analysts attribute the drop in tech stocks — nearly 4 percent in a little more than a week — to investors looking for reasons to sell and take profits. Washington's push to overhaul the tax system served as a trigger. Tech stocks stand to gain less from lower tax rates than other industries, so some investors moved money out of tech and into those sectors expected to be tax-overhaul winners, such as financial companies and retailers.

But technology companies are in the midst of reshaping several industries, from retail to media, and proponents see even more growth ahead. Ken Allen, portfolio manager at the T. Rowe Price Science & Technology fund, calls it "being on the right side of change." Plus, the pace of adoption is accelerating. It took Microsoft's Windows nearly 26 years to get to 1 billion users. For Google's Android operating system, it took less than six years.

Many mutual-fund managers seem to agree. After looking at 495 mutual funds that invest $1.9 trillion, strategists at Goldman Sachs found that actively managed funds generally have even more invested in the technology sector than index funds do.

The margin has been shrinking a bit recently, but the preference nevertheless remains.

A big difference between tech stocks of today and the last time the industry was such a dominant force in the market during the late 1990s is how much profit they're making.

Tech companies are not only making money, they're delivering some of the strongest gains as customers continue to snap up iPhones and click on ads in Facebook. Tech stocks in the S&P 500 reported 21 percent growth in earnings per share last quarter, triple the rate of the overall index.

That's a far cry from 2000, when tech stocks made up nearly 35 percent of the S&P 500 at the height of the dot-com bubble and investors were more interested in capturing "eyeballs" and web traffic than in something as mundane as sales or even earnings.