Merkel says automakers must 'regain their credibility and trust as quickly as possible.' 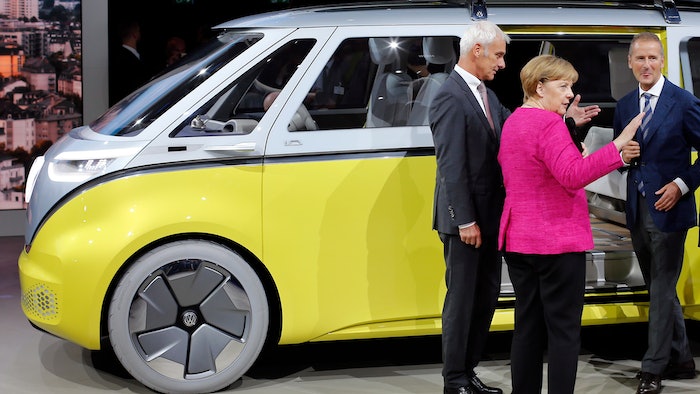 BERLIN (AP) — German Chancellor Angela Merkel says "a lot of trust has been destroyed" in the country's automakers by the diesel emissions cheating scandal and they need to regain it quickly.

Merkel opened the Frankfurt auto show Thursday, telling car manufacturers that theirs was a key industry of "huge importance" for Germany's economy.

She said that the cars on display in Frankfurt were a "window into the future" of new technologies, including cleaner combustion engines, hybrids and full-electric cars.

To succeed, she says, automakers must "regain their credibility and trust as quickly as possible."

Volkswagen in 2015 admitted to rigging diesel cars to evade U.S. emission testing. Other carmakers in Europe were also discovered to have been using legal loopholes to turn off emissions controls much of the time.