Faulty pairs of eclipse glasses may have resulted in eye injuries, headaches and blurry vision. 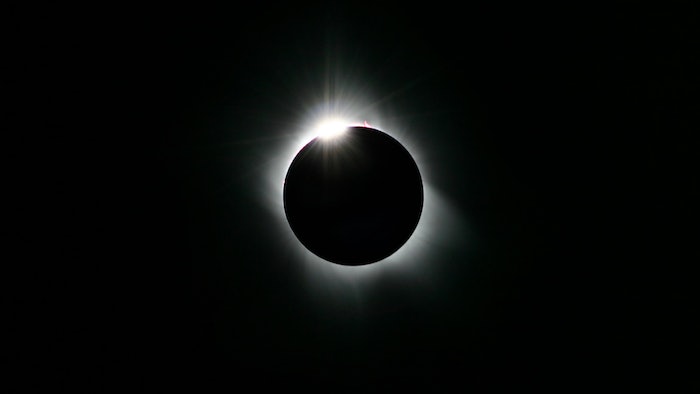 COLUMBIA, S.C. (AP) — A South Carolina couple is suing online retailer Amazon over what they claim were faulty pairs of eclipse glasses that resulted in eye injuries, headaches and blurry vision.

A spokeswoman for the Seattle-based retailer declined to comment on the pending litigation.

On Aug. 10, the retailer began notifying customers via email of a recall of potentially hazardous eclipse glasses that it couldn't verify as having been manufactured by reputable companies, although it did not reveal the scale of the recall or release a list of affected vendors.

Payne and Harris say they got no such notice. After viewing the once-in-a-lifetime celestial event, they say they started experiencing headaches, dark spots in their lines of vision, changes in perception of color and distorted vision.

Payne and Harris accuse the retailer of negligence and unfair trade practices, saying Amazon "negligently advertised, marketed, and distributed defective, unsafe Eclipse Glasses" in the run-up to the eclipse. The company's Aug. 19 recall email, attorneys for the couple wrote, "was tragically too little, too late."

The lawsuit argues that potential class members include anyone across the country who bought eclipse glasses via Amazon that were "unfit for the purpose for which they were sold, were extremely dangerous and/or defective" and caused users similar injuries, including "ranging from temporary discomfort to permanent blindness."

Amazon "owed a duty of care to Plaintiffs and the proposed class to distribute and sell the Eclipse Glasses such that they were neither defective nor unreasonably dangerous when used as intended," attorneys wrote.

South Carolina was one of the more popular places in the country to view the eclipse, with totality — when the moon fully eclipsed the sun, plunging viewers into darkness — lasting more than two minutes in the Charleston area. That's where the moon shadow finished its transcontinental journey before skirting off into the Atlantic Ocean.

NASA estimated more than 1 million people would travel to South Carolina to view the eclipse.