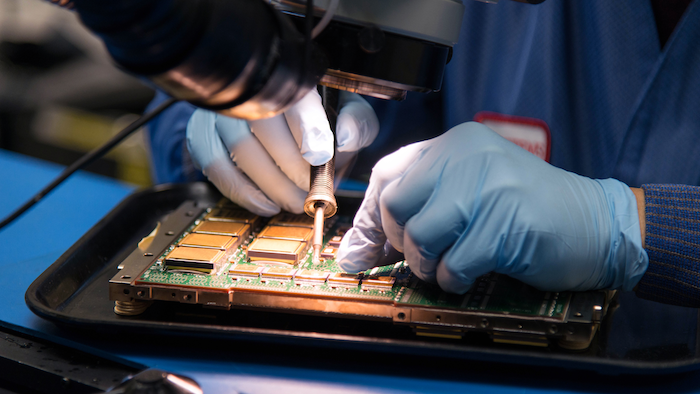 BAE Systems has announced a new generation of its flagship space computer that combines fast performance and extreme resiliency to enable previously impossible missions in the harsh environment of space.

The new RAD5545 single-board computer (SBC) provides next-generation spacecraft with the onboard processing capacity needed to support future space missions — from weather and planetary exploration to communications, surveillance, tracking, and national security missions. The RAD5545 SBC delivers improvements in size, speed, and power-efficiency over its predecessor, the RAD750 SBC.

With its improved computational throughput, storage, and bandwidth, it will provide spacecraft with the ability to conduct new missions, including those requiring encryption processing, multiple operating systems, ultra high-resolution image processing, autonomous operation, and simultaneous support for multiple payloads — missions that were impossible with previous single-board computers.

The RAD5545 SBC is produced at the company’s facility in Manassas, Virginia. The facility is a U.S. Department of Defense Category 1A Microelectronics Trusted Source.

The company has provided more than 900 computers on over 300 satellites, and has provided the computers that power key national space assets, including some that are hundreds of millions of miles away from Earth.