It's part of a $1.24 billion contract to make six aircraft. 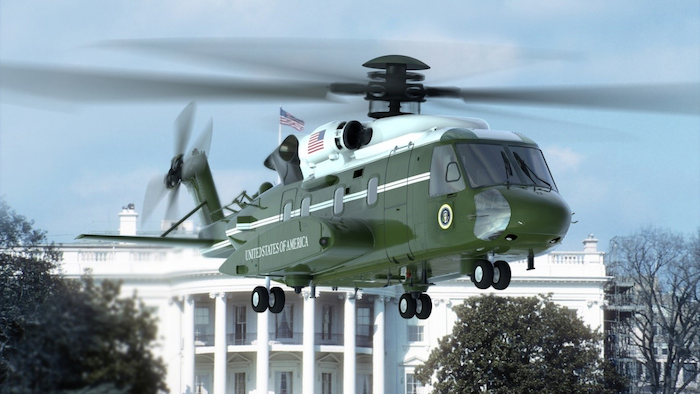 The July 28 flight signals the start of the 250 hour flight test program, which will take place at Lockheed Martin facilities in Owego, New York.

The aircraft achieved its first flight, and later that same day completed a second flight at Sikorsky Aircraft in Stratford, Connecticut. Total flight time for the two sorties was one hour and included hover control checks, low speed flight, and a pass of the airfield.

The VH-92A aircraft is based on Sikorsky’s successful and FAA-certified S-92A commercial aircraft, which recently surpassed one million flight hours. The S-92A aircraft, assembled in Coatesville, Pennsylvania, is being modified to include integration of government-defined missions systems and an executive interior.

The U.S. Navy awarded a $1.24 billion fixed-price incentive Engineering and Manufacturing Development (EMD) contract with production options to Sikorsky on May 7, 2014. The EMD contract will produce a total of six aircraft: two test aircraft and four production aircraft.

The production options for the remaining 17 aircraft will be finalized in FY19.

The VH-92A will enter into service in 2020, and be used to transport the president and vice president of the United States and other officials.