The company expects a decline in the market from three to five percent.

HELSINKI (AP) — Nokia continued to be hit by a decline in its core networks sector in the second quarter with almost flat sales, and cautioned Thursday that a weakening in networks would be greater than previously expected.

The Finland-based networks company, however, managed to trim net loss in the period to 423 million euros ($493 million) from 667 million euros a year earlier. Sales in the quarter grew 1 percent from 2016 to 5.6 billion euros.

Networks sales fell 5 percent to 4.9 billion euros with an 8 percent decline in the broadband sector.

CEO Rajeev Suri said he was pleased with the overall result, but that "headwinds" had caused problems in the period and he predicted a further fall in networks.

"We now expect a decline in the market in the range of 3 to 5 percent, versus our earlier view of a low-single-digit decline," Suri said in a statement. "We expect our networks sales to perform in line with the market."

He said he was "confident of an operating margin of 8 to 10 percent" in networks in the full year.

In May, Nokia signed a patent license and business collaboration agreement with Apple, settling all litigation between the companies, which helped the second-quarter earnings from technology patents grew by 90 percent to 175 million euros, which Suri described as an "excellent performance."

"We look forward to continuing to expand our overall business with Apple in the coming months," he said.

Nokia shares were up 3 percent at 2.47 euros in morning trading in Helsinki. 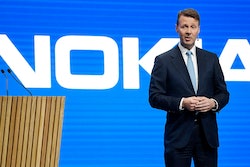 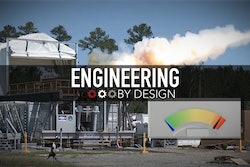 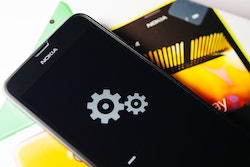 Nokia Maker to Use Zeiss Cameras