Last year, we heard about the 58-story Millennium Tower in San Francisco. The city sued developers, engineers were subpoenaed, but the biggest problem was that the tower was still sinking. The nine-year-old tower has sunk 17 inches. Many potential culprits could be to blame, everything from unstable soil, groundwater, and unsound design and engineering.

Well now, engineers think they have a potential, and quite pricey, solution. According to the San Francisco Chronicle, the LERA Firm and DeSimone Consulting Engineers, which were hired by developer Millennium Partners, believe to have a solution. They want to drill 50 to 100 new piles, about 10 inches to a foot in diameter, down to the bedrock from the building's basement. The job could cost between $100 and $150 million.

What is most interesting is that the tower already has 900 piles that reach from 60 to 91 feet below the surface. The bedrock is at about 200 feet. The developer chose not to drive any of the 900 piles to the bedrock, and in last August, the company insisted that the decision had no impact on the towers new tilt. Seems as though they may have reversed course. The biggest issue now is figuring out who is going to pay for it.

The High Mobility Artillery Rocket System (HIMARS) from Lockheed Martin is a lightweight mobile launcher. Essentially, it's a dump truck, but instead of an open box on the back it carries a six-pack of guided rockets and tactical missiles. The launcher loader module and fire-control system are mounted on a standard five-ton truck chassis that has an armored cab to protect the three occupants who operate the system. As you can see from the footage, additional protection is certainly required.

This week, Lockheed delivered the first launcher in which both the chassis and launcher components were manufactured at its facility in Camden, Arkansas. This is of particular interest because, in the past, the five-ton chassis were provided by the government. The company can now build the weapons from the ground up in Arkansa.

Lockheed Martin is under contract by the Department of Defense to produce 12 new rocket launchers for an international customer by the end of 2017.

Last week, the Office of Naval Research released compelling video of the Navy's electromagnetic railgun successfully firing multiple multi-shot salvos. The railgun, which relies on electrical pulses instead of gunpowder, can fire ammunition at speeds in excess of Mach 6 (4,603.61 mph) for more than 115 miles.

Yesterday, the Navy announced that the railgun is finally out of the lab and ready for field demonstrations. The video that was released last week only showed successful tests at low muzzle energy. The upcoming tests, which will take place at the new railgun Rep-Rate Test Site at the Naval Surface Warfare Center in Virginia, will increase launch energy, firing rates, and salvo size. By the end of summer, they hope to be testing at 20 megajoules with the expectation of hitting 32 megajoules by next year. According to the Navy, one megajoule is the same as a one-ton vehicle going 160 miles per hour.

The Navy is now working on railgun barrels that can not only fire more rounds per minute, but have a longer barrel life. Powering the weapon takes a large power system, however they are now small enough to fit aboard current and future U.S. Navy ships.

The Navy expects the railgun to be a more cost-effective solution for warships. The railgun offers greater range, higher velocity and a deeper magazine than traditional guns. 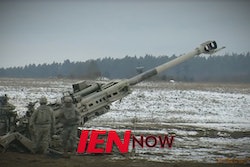 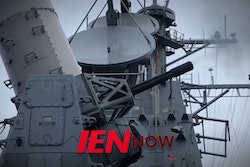