Tesla CEO warns that A.I. regulation is needed because it's a 'fundamental risk to the existence of human civilization.' 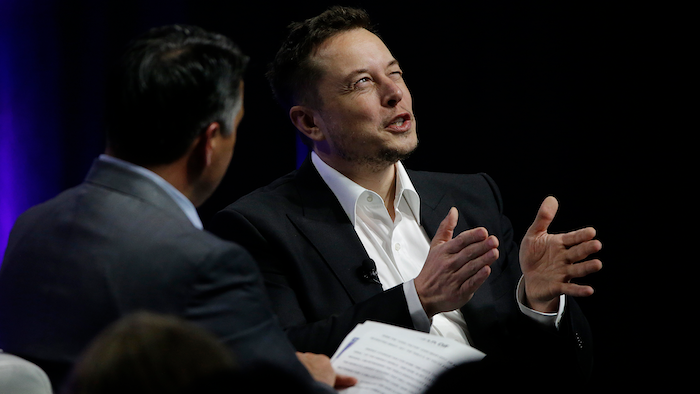 PROVIDENCE, R.I. (AP) — Tesla CEO Elon Musk warned a bipartisan gathering of U.S. governors on Saturday that government regulation of artificial intelligence is needed because it's a "fundamental risk to the existence of human civilization."

But first, he asked for some governors to lift a different kind of regulation: state franchise dealership laws that ban the direct sale of his company's electric cars to consumers.

Musk spoke broadly about solar energy, space travel, self-driving cars and other emerging technology during a question-and-answer session at the summer conference of the National Governors Association in Rhode Island.

He also met privately with some governors, including Louisiana Democrat John Bel Edwards, who recently signed a law that Musk's Palo Alto, California-based company says blocks it from selling cars there.

Edwards said Tesla asked for the one-on-one meeting with Musk, which was short.

"I just asked him to come down to Louisiana and sit down with us, sit down with the Louisiana Automobile Dealers Association and work out some sort of a compromise, which they have successfully done in other states," Edwards said.

Allowing manufacturer-to-consumer sales also came up in meetings between Musk and two other governors — the conference's host, Rhode Island Gov. Gina Raimondo, and Connecticut Gov. Dannel P. Malloy. Representatives for the two Democrats confirmed they had private meetings with Musk and the topic came up.

Musk didn't address such rules in his public remarks, but he did speak about regulation generally — and reiterated his long-held argument that it is needed soon to protect humanity from being outsmarted by computers, or "deep intelligence in the network" that can start wars by manipulating information.

Pressed for more specific guidance by Colorado Gov. John Hickenlooper, a Democrat, and Arizona Gov. Doug Ducey, a Republican, Musk said the first step is for government to get a better understanding of the fast-moving achievements in developing artificial intelligence technology.

"Once there is awareness, people will be extremely afraid, as they should be," Musk said.