The first handheld graphing calculator, the Casio fx-7000G, appeared in 1985.

Since then, graphing calculators have become a common – and controversial – tool for learning mathematics. These devices can do all of the calculations of a scientific calculator, plus graph equations, make function tables and solve equations. Many have the ability to do statistical analysis and even some calculus.

Advocates claim that the calculators provide students access to more powerful mathematics. Critics worry that they might hurt students’ fluency in basic math and standard algorithms.

Today, some teachers are replacing expensive graphing calculators with free apps that can do more. But even after decades of use, graphing technology of any sort in the classroom still sparks debate.

As mathematics educators, we think the graphing calculator transformed American classrooms for the better. Whether teachers continue to use these tools or ditch them in favor of new ones, graphing technology will likely always have a place in secondary math education.

“Instrumental understanding” comes from mastering a procedure or memorizing a fact, without really understanding the mathematics behind it. It’s knowing how, but not why. The saying “It is not ours to wonder why, just invert and multiply!” – which is sometimes used to teach division of fractions – captures this sort of understanding.

Advocates for graphing calculators in school saw promise in the tool’s ability to help students develop relational understanding. While the calculator takes care of the “how,” students can focus on “why.”

The impact is quite clear in the Advanced Placement (AP) calculus program, which started to require graphing calculators in their courses and on their exams in 1995. Prior to 1995, AP calculus exam questions probed almost solely for the students’ ability to use rules to find derivatives and integrals of functions. After 1995, there was a marked shift away from this instrumental understanding and toward questions that probed for relational understanding.

Does the Tech Help or Hurt?

Still, some teachers wondered whether this shift in instruction in AP calculus and across the K-12 curriculum would have a negative effect on students’ instrumental understanding. After all, if a machine is doing the calculating for you, why bother to learn it?

Another review, conducted by respected researchers in math education (but funded by a calculator company), came to a similar conclusion.

Of course, there are many individual studies that show negligible or even negative effects of graphing calculators. But overall, when the technology is paired with appropriate instructional techniques, the result is more and better mathematics learning.

Today, online and app-based technology, such as Desmos and GeoGebra, aim to replace the role of stand-alone graphing calculators in school.

As with graphing calculators, for these new technologies to have a positive effect on student learning, teachers have to adapt their instruction, changing what they teach and how they teach it.

For example, technology can help students connect graphical representations with algebraic equations. We recently observed seventh grade students in Missoula, Montana doing that using Desmos. Students graphed three different linear equations, each with a different coefficient for the x-term. Based on this exploration, students made conjectures about the role of the coefficient, and used the app to test their conjectures – for example, by using a “slider” to dynamically vary the coefficient. The flexibility of the technology also encouraged students to pose and explore their own questions.

Even as these cloud- and app-based tools provide powerful technology for free on smartphones and other personal devices, the expensive graphing calculator (which typically costs between US$80 and $150) continues to be a stalwart in K-12 math classes, with year-over-year units sales increasing in 2015 and 2016.

There has recently been muchonlinehand-wringing over this state of affairs, with commentators aghast at the continued dominance of graphing calculators when compared to inexpensive or free apps. The debate even provoked a response from the president of Texas Instruments, the dominant graphing calculator company in the U.S.

We agree with many of the points in favor of the new apps. But there is no doubt that, when properly used, graphing technology – whether on a calculator, computer screen, tablet or smartphone – is a powerful tool for helping students learn mathematics.

This article was originally published on The Conversation. Read the original article here: http://theconversation.com/the-rise-and-possible-fall-of-the-graphing-calculator-78017. 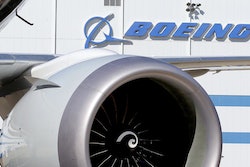 Boeing to Give $6 million in Grants 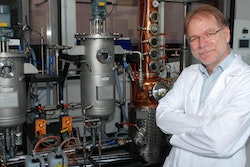 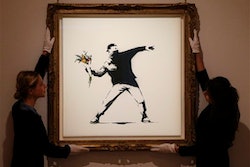