More than $258 million to work on 670 vehicles and make 356 accompanying trailers. 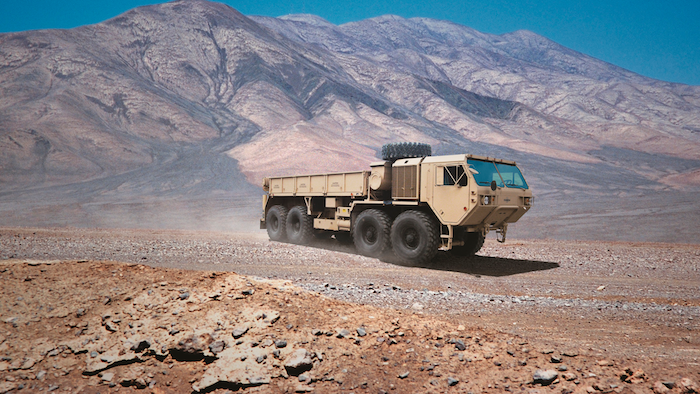 Through recapitalization, heavily used vehicles are returned to Oshkosh, stripped to the frame rails and completely rebuilt to like-new condition.
Business Wire

Oshkosh Defense has been awarded multiple delivery orders from the U.S. Army Tank-Automotive and Armaments Command (TACOM) to recapitalize its Family of Heavy Tactical Vehicles (FHTV).

Overall, the awards are valued at more than $258 million for the recapitalization of 670 vehicles and the production of an additional 356 accompanying trailers. All work performed under the contract will be completed in Oshkosh, Wisconsin, with deliveries beginning in December of 2017.

Recapitalized vehicles are assembled on the same production line as new vehicles, and put through the same extensive performance tests and inspection procedures as new vehicles. The vehicles also receive the latest technology and safety upgrades and are delivered with a new bumper-to-bumper warranty.

With a 13-ton payload and multiple variants for a wide range of operations, the HEMTT is the backbone of the Army’s logistics fleet.

Oshkosh’s latest configuration, the HEMTT A4, brings significant improvements in power, maintenance and safety to the battlefield, traversing even the most challenging environments easier and more efficiently. T

he Oshkosh PLS supports the Army’s distribution and resupply system by providing unparalleled performance for loading, unloading and delivering ammunition and other critical supplies needed in battle.

The PLS carries a wide range of cargo, and is specially designed to load and unload a variety of flat rack or ISO compatible containers on its own. The latest configurations of FHTV trucks also include air-conditioned and armor-ready cabs, electrical upgrades, and anti-lock braking to keep soldiers safe.