The U.S. Army has placed another order under the Joint Light Tactical Vehicle (JLTV) program. 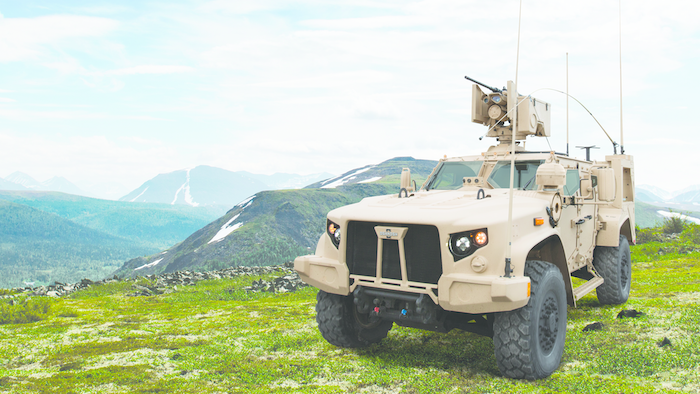 Oshkosh Defense recently announced that the U.S. Army has placed another order under the Joint Light Tactical Vehicle (JLTV) program to include 409 vehicles, 1,984 installed kits, 82 packaged kits and related services and support. The order is valued at more than $176 million and is the fourth JLTV order since the contract was initially awarded in August 2015.

The Oshkosh JLTV offers a modular design that can be outfitted for a full range of missions, a Banks® 866T, 6.6-liter turbo diesel engine based on GM® Duramax® architecture, can be transported by C130, CH-53 and CH-47 aircraft.