They started with one product at a local market. Now they sell 100 different products in 17 countries. 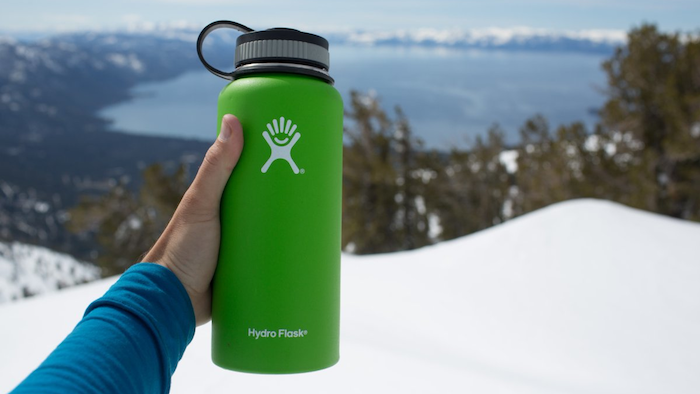 Hydro Flask is a small company that went big, quickly.

The Bend, Oregon-based maker of colorful stainless steel bottles was founded in 2009 with one product line that was sold at a local market. Last year El Paso, Texas consumer products firm Helen of Troy bought it for $210 million. Now it sells more than 100 products in 17 countries, with prices ranging from $25 for a 12 oz. thermos up to $60 for a 64 oz. wide-mouth version.

Scott Allan, Hydro Flask's CEO since 2012, recently spoke with The Associated Press about Hydro Flask's history and how it's managed its fast-paced growth while keeping in touch with its outdoorsy roots.

Q. Can you tell us a bit about the company's origins?

A. A boyfriend-girlfriend team observed that everyone carried water bottles around, but they were not impressed with what was available. They wondered "Why can't you have a water bottle that keeps things cold or warm, doesn't sweat and is safe?" They couldn't find that and created the first Hydro Flask.

Vacuum technology wasn't anything new, your grandfather's thermos had been around for years. But they took that same technology and applied it to an everyday, durable, good-looking product.

We hit $2 million in revenue in 2011 and there was some outside capital. By then the boyfriend-girlfriend were no longer dating and she sold her stake by 2012. The other co-founder decided he would rather exit and be paid out and let someone else take over. That's when I came in.

Q. Your growth has been rather astronomical. Were there any growing pains?

A. It's been smooth sailing pretty much -- I'm kidding.

The company has seen pretty exceptional growth, even in the early stages. They kind of hit the sweet spot of getting on the market when it was needed.

People loved it and it started to get noticed because it's based in Bend. The outdoor reps saw it and said 'I think we can take this broader.' And the yoga studios started to pick it up as Bikram instructors used them. It started to take off in channels organically.

I was really sensitive to its founders leaving but making sure the soul wouldn't leave.

There were plenty of growth pains in the way any company that is going to grow that quickly has. Some of it has to do with how we define and talk about our culture. The other pains were how quickly we outgrew things — factories and how we sourced product. And we were outgrowing facilities.

We are in new headquarters but we may grow them within the year. Sometimes we talk about our growth in terms of dog years because it's about seven years for every normal product company year.

Q. Did last year's acquisition by Helen of Troy change the company culture?

A. Not as much as you would think. That is part of the reason management was excited about this acquisition.

They weren't acquiring Hydro Flask because they wanted to change it, they could help with scaling things.

The point hit home one night when we were considering it and I had a million questions and finally they said "If you guys stop riding mountain bikes and drinking beer after work we'll be mad at you."

They wanted that Bend lifestyle reflected in the brand. They appreciate what we bring to the table and leave us to drive the front end of where the brand is growing, and they can help with the back end pieces.

Q. Any advice for a company going through a growth phase?

A. I would say there are three things. Make sure you have a clear vision of where things are going. If you find people are rowing in different directions, it creates a lot of friction. The second is to have a framework around the business. You are going to need more people and capital as you grow and it gets chaotic. The last piece is really that culture piece. Make sure the values are well defined and that you hire to that and that you aspire to that. If you bring in people who don't work with that, it brings the company down. It also teaches you the things that are non-negotiable, the things you won't sacrifice for growth.