Operations in China have changed.

Earlier this year, I had the opportunity to interview Gordon Styles. Styles is a British engineer who founded Star Prototype, a rapid prototyping and tooling company based in Guangdong Province, China.

In this interview, Styles discusses everything from how his business has changed since he founded it in 2005 and working on parts for a $4 million car; to the common misconceptions of a China-based company, and how the outcome of the recent U.S. election may have an impact on his business. Also, he says why he hasn't invested in anything that 3D prints plastic for the last three years.

IEN: How have operations in China changed since Star Prototype set up shop in the country?

Gordon Styles: There have been many changes in China since Star Prototype opened in 2005. The government started to become strict on environmental issues in recent years. We have embraced these changes, but we have found they are strictest with foreign-owned enterprises. Having said that, we are seeing even small Chinese-owned businesses coming under significant pressure to perform to environmental standards these days, which is great news for the air quality in China.

We have also seen a big shift in internal migration. Whereas 10 years ago maybe two-thirds of our Chinese staff would come from outside of the province, and maybe five percent would come from the town we were situated in; today, most of our staff are from within the province, and more than half are from Zhongshan itself. This trend has led to people staying with companies longer.

We have also seen a huge shift from low-value-added manufacturing toward higher-value-added, but there is still a long way to go on that front. In the injection molding industry, we don’t see the flowerpot and washing up bowl molders any more; most companies have had to move to caps and closures, or medical molding to survive. Most of the low-value added work has gone offshore to Vietnam, Bangladesh, and Cambodia. How ironic is it that China is now importing from low-cost economies? It is not uncommon to go into clothing stores in China and see “Made in Bangladesh."

Another big shift has been that graduates no longer seek to join the government- or the state-owned enterprises (SOEs) for employment, instead seeking to work in the private sector, and particularly for smaller and more entrepreneurial businesses. The government's and SOEs' ability to attract key talent was a huge problem for the private sector and led to the accusation that China was a two-speed economy with the private sector suffering a talent deficit.

Although the skills of Chinese technicians is improving year-to-year, we have found that merging Chinese work ethic with skills from developed countries is a double setback for us. Since the very start of the business, we have imported highly-skilled foreign experts to train and consult in the factory. In addition to many other nationalities, we have had a number of full-time Americans teaching CNC, painting, model-making, metrology, and general management. Offering this kind of training also helps to retain staff. Our eldest foreign expert, Ken Adams is 78 years of age. He hails from Scotland, and teaches plastic injection mold design to our young Chinese engineers.

There is much more security for workers now in China, because the government dictates that anyone who is employed must pay into their own social welfare and pension funds which are held in trust by the government. The workers were not happy about this, but it will benefit the whole workforce over the coming decades.

Wages have gone up quite a bit — we are now paying double what we were just six years ago. That said, productivity in our factory has also doubled in the same time, so we are still able to maintain our prices at the same level from 2009.

Finally, corruption has decreased dramatically in China, particularly in the last couple of years since Xi Jing-pin became President.

IEN: What are some of the common misconceptions that you run into with customers being a China-based company?

IEN: Of the projects that have come across your desk, what have been the most interesting?

Styles: Probably the most interesting project we have worked on recently was a full exoskeleton for disabled people that will be entering the first ever Cybathlon Competition in Switzerland this October. It was so interesting that we decided to sponsor the invention.

One project that I think had the most impact was a water filtration system for poor people in rural India. The filter was made of rice husks, and the mechanism was designed to destroy itself after so many liters of water had been filtered. This was to ensure that the unit could not be used after it had ceased to be safe. The violence with which the mechanism was destroyed, and the damage it caused was astonishing, but without harming the operator. Bit of a shock when it reached the end of its life if anyone was standing nearby.

IEN: What have been the most challenging jobs?

Styles: The most challenging job we ever did was probably CNC machining six pairs of rear light cluster covers for a $4 million car. Sadly, I cannot say which one. The covers had to be CNC-machined out of solid polycarbonate.

The material had a lot of stress inside of it, so the parts would spring in all different directions. We tried everything, including heat treatment, but in the end we just had to make twice the number of parts that we needed and hope to get lucky with the stresses. Finally, we hand sanded them and polished them using a gas called Weld-On 4.

The irony was that after CNC machining hundreds of parts and sanding them, it only took 30 seconds to polish each cover using the gas. We call that ‘vapor polishing’.

IEN: What new technologies stand to disrupt the prototyping and low-volume manufacturing industries?

Styles: I think that HP’s Jet Fusion printer will be very disruptive to manufacturers of SLS machines. It is so much quicker, each voxel can be colored, and it is equally as strong. It will open up more avenues for low-volume manufacturing.

Metal 3D printing is probably the one technology that will have an enormous impact on low-volume manufacturing — which is why we built a service offering around it. That said, we must ignore the hype that is surrounding the technology. I was one of the first to have a plastic 3D printer in 1993, and the adoption of that technology was quite fast because it was easy to just jump from having a CNC prototype to having a SL prototype.

Metal 3D printing, in contrast, is a real "slow burner" of a technology. With plastic 3D printing you can make anything a person can design, but with metal, you cannot. The designer really has to know the technology and design specifically for it.

We see a lot of companies in the USA buying lots of machines, but often that is to do serial production and doesn’t represent a huge number of unique designs. 3D metal printing must be seen as a production process, not a prototype process. It can take two or three attempts at building a part before it is optimized, and that is why it is not really taking off as a prototyping technology.

I would also say that the hybrid CNC/metal 3D printing machines are going to figure very strongly in the future of low-volume manufacturing.

IEN: Do you think the 3D printing and additive manufacturing industry is truly capable of end-to-end manufacturing?

Styles: Today, it is only capable of end-to-end manufacturing if the designer designed the part with the process in mind from the outset and he/she is happy to accept what comes directly out of the printer. My view is that the future will see a huge number of hybrid machines and hybrid systems developed to deliver a complete end-to-end manufacturing process.

IEN: What are the emerging markets that stand to have the biggest impact on your business?

Styles: Medical and aerospace 3D printing are probably the two markets that really stand out.  It is difficult to get into those markets, but once you have a contract locked down, it will stay with you for a long time. Both require a lot of technical skill and development of parameters, so it’s not the kind of process where you can move your parts from one supplier to the next. It needs partnership.

IEN: From a state of the industry perspective, what keeps you up at night?

Styles: It is always of great concern in a high-tech fast moving industry, that someone will launch a machine many times faster than the one you’ve just invested heavily in. So, one must keep up to date with the latest technologies. That’s why we haven’t bought any plastics 3D printing technology in the last three years, because we saw what was coming from HP.

Another concern I have is that I do not want to buy technology that doesn’t need high-skilled humans involved. If a technology is completely, or near completely, automated, then anyone with huge venture-capital backing can just walk into the market and take it. I am always asking, “where’s the human in this?"

IEN: Will the outcome of the U.S. election impact your business?

Styles: If the new presidency results in a 35 percent import duty on everything coming from China, it will impact many businesses, including Star Prototype due to the fact that 40 percent of our business is with U.S. companies, manufacturing truly has become a global industry.

That said, it also has the potential to hurt lower- and middle-income Americans with increased inflation. Most low-income Americans rely on low-cost, Chinese-made products from box stores. A retailer like Walmart will need to increase its prices by approximately 10-to-15 percent and this will lead to an increase in inflation to about five-to-seven percent nationwide.

As a counter move, the Chinese will most likely increase import duties on U.S. goods and that will hurt American manufacturing. It will again be the most vulnerable who lose their jobs, the same people the original 35 percent import duty was intended to help.

IEN: How is your Mandarin these days?

Styles: 还可以 Just OK! I’m about half way to native. The CEO of the company, New Yorker Jon Ross, is very close to native [speaking]. When he speaks to people in Chinese they often laugh because he also uses a lot of local Guangdong colloquialisms. In my house, I speak English to my wife, and she always responds only in Mandarin – a bit weird for an outsider to hear. 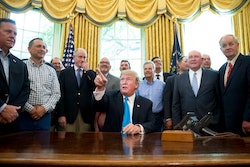 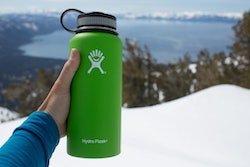 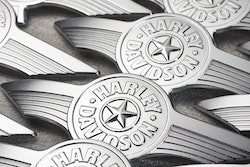