The launch beat the Russian record, nearly three times over. 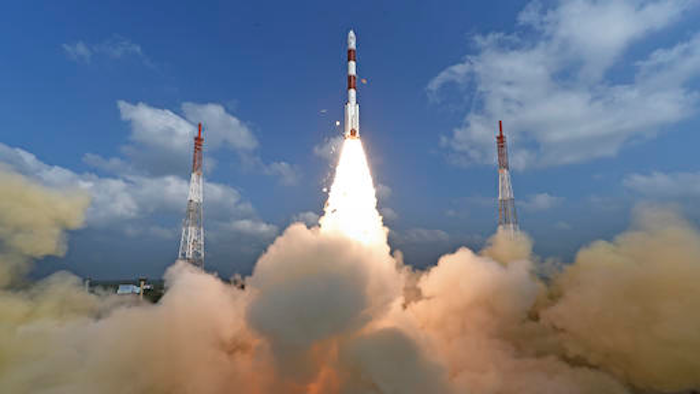 The Indian Space Research Organization said the nano satellites — those weighing less than 10 kilograms (22 pounds) — were sent into orbit from southern India. It said the launching of the 104 satellites was a record, overtaking Russia's feat of sending 37 satellites in a single launch in 2014.

The ISRO said in a statement that the other satellites were international customer satellites, including 96 from the United States and one each from the Netherlands, Switzerland, Israel, Kazakhstan and the United Arab Emirates.

Prime Minister Narendra Modi tweeted that the "remarkable feat by ISRO is yet another proud moment for our space scientific community and the nation."

India has been striving to become a player in the multibillion-dollar space launch market, and has successfully placed light satellites into orbit in recent years. It hopes to eventually send astronauts into space.

In September 2014, India successfully guided a spacecraft into orbit around Mars. Only the United States, the former Soviet Union and the European Space Agency had been able to previously do that.