The diesel Cruze will offer the best mileage of any car that's not hybrid or electric, even bumping up against the Prius Eco's 53 MPG. 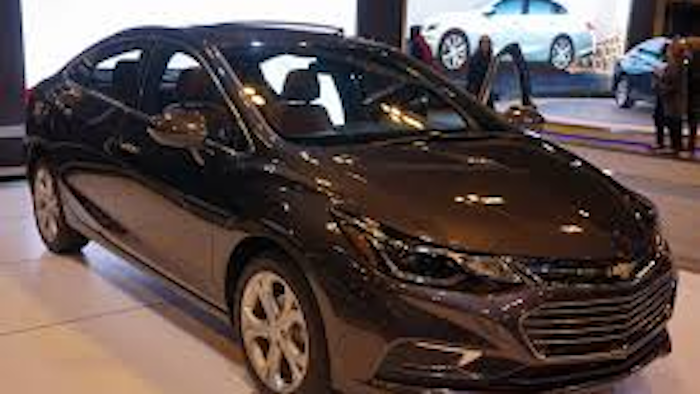 DETROIT (AP) — General Motors says its new Chevrolet Cruze diesel compact sedan will get up to 52 miles per gallon on the highway, the best mileage of any car that isn't a hybrid or electric vehicle.

The 2017 diesel with a six-speed manual transmission and 1.6-liter diesel engine also gets 30 mpg in the city and a combined city-highway mileage of 37, according to government estimates.

Diesel engines have gotten a lot of bad publicity of late with the Volkswagen emissions scandal. But GM says the Cruze complies with all U.S. pollution standards.

The Cruze still is bested by many plug-in electric vehicles and two gas-electric hybrids. The Toyota Prius Eco gets 53 mpg on the highway and the Hyundai Ioniq hybrid gets 59.