The car came off the line Wednesday afternoon. 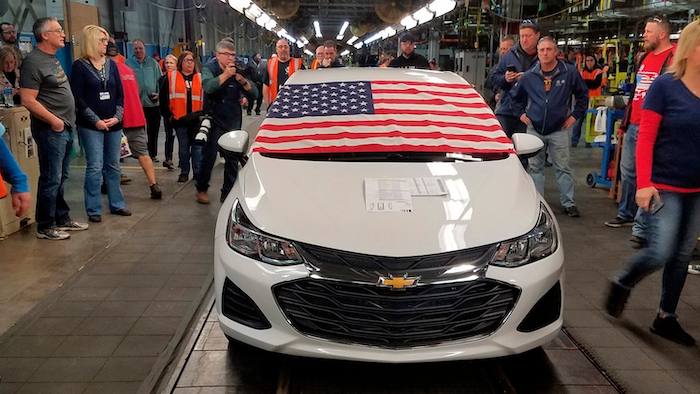 An American flag drapes the hood of the last Chevrolet Cruze as it comes off the assembly line at a General Motors plant where 1,700 hourly positions are being eliminated perhaps for good, on Wednesday, March 6, 2019, in Lordstown, Ohio. The factory near Youngstown is the first of five North American auto plants that GM plans to shut down by next year.
Tim O'Hara via AP

Sweeney Chevrolet vice president Alexa Sweeney Blackann says when her store learned of a customer's interest in purchasing the last Cruze a deal was worked out with the Florida dealership.

The car came off the line Wednesday afternoon. The idling of the plant leaves 1,700 hourly workers at Lordstown without jobs for now.

United Auto Workers officials say they remain hopeful GM will bring in a new vehicle line at the massive plant outside Youngstown.