The flight was terminated several days ahead of schedule because of incoming weather. But the craft—built by Vanilla Aircraft of Falls Church, Virginia—landed safely with more than half its fuel still onboard, suggesting it is capable of setting additional records for powered flight in its weight and power class and could ultimately offer important new capabilities to ground forces and others.

Vanilla’s propeller-driven VA001 is designed to carry a 30-pound payload at 15,000 feet for up to 10 days without refueling.

For nearly 56 hours, the plane flew at an altitude between 6,500 feet and 7,500 feet above sea level, averaging 57 knots before landing on the afternoon of December 2.

A representative from the National Aeronautic Association—the organization that verifies and tracks flight-related world records—certified the flight as achieving the world duration record for combustion-powered UAVs in the 50 kg-500 kg subclass (FAI Class U-1.c Group 1).

“This record-breaking flight demonstrated the feasibility of designing a low-cost UAV able to take off from one side of a continent, fly to the other, perform its duties for a week, and come back—all on the same tank of fuel,” said Jean-Charles Ledé, DARPA program manager. “This capability would help extend the footprint of small units by providing scalable, persistent UAV-based communications and ISR coverage without forward basing, thereby reducing personnel and operating costs. We’re very pleased with what the Vanilla team has accomplished.” 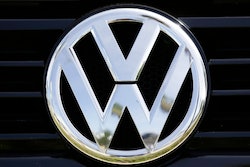 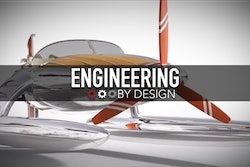