The Sea-Cat is a three-wheeled watercraft. Also, puffs prevent buckling, and how to build your own tractor beam.

Build Your Own Tractor Beam

A team of researchers from the University of Bristol has published a step-by-step video of how to make a portable tractor beam by using simple, off-the-shelf components. Based on fundamental physics similar to sonic levitation, these tractor beams pull objects at their foci.

Using a fairly simple 3D printable design, the researchers have created, and demonstrated how these acoustic tractor beams are capable of holding millimeter-sized plastic particles, and even trapped a couple of fruit-flies.

All-in, the researchers say that the hardware, like an Arduino and a motor driver, will cost the ambitious DIYer about $70 on Amazon.

According to the researchers, these maker tractor beams could become a new tool for studying low-gravity effects on biological samples. They encourage users to find their own applications for the device, which can be easily assembled to enable applications in industrial contactless manipulation and biophysics.

Researchers continue to look to nature to find solutions to modern engineering problems. Bio-inspired engineering, also known as biomimicry, can often be flawed, because natural structures don't always need to be perfect, they just need to work in order to help perpetuate the species.

However, researchers at the Brown University may have found perfection in the form of an orange puffball at the bottom of the ocean.

The orange puffball sea sponge has to be structurally strong enough to maintain their shape at the bottom of the churning ocean. The new research shows that the sponges have these tiny structural rods in their bodies that have evolved into the optimal shape to avoid buckling under pressure.

The rods are about 2 millimeters long and are thinner than a human hair. Hundreds of them are bundled together to form stiff, rib-like structures inside the orange puffball's spongy body.

Using structural mechanics models the researchers showed the peculiar shape of the spicules to be optimal for resistance to buckling, the primary mode reason some slender structures fail. Now, the researchers say that this little puffball could provide a blueprint for increasing the buckling resistance in all kinds of slender structures, from building columns to bicycle spokes to arterial stents.

Four design concepts out of the School of Design and Human Engineering (DHE) at UNIST were recently honored at the 10th Annual International Spark Design Awards.

Now don't get me wrong, multipurpose furniture, such as a thermoelectric chair that doubles as a space heater, is interesting. I'm particularly interested in just how hot that seat can get.

And the Babyking, which won the highest honor, is a innovative design for a robotic baby crib that can roll your kid around the house autonomously. Parents can summons the Babyking with an interactive app, and they you can even rock your child to sleep using the onboard worm gear and linear actuator.

I'm more interested in the Sea-Cat, which took home a Spark Silver award. The Sea-Cat, officially volume two, is a three-wheeled watercraft that is meant to run on water, but is powered by a propeller. Because the propeller is above the water, the designer suggests that it may reduce the chance of it striking a rock, and then tearing a hole in the boat. You steer the craft by controlling the fin in back.

The three embedded wheels don't come into play until the boat is going into/coming out of the water, and it looks like they are meant to deploy like landing gear, to make it easy to land your boat and tow the craft home.

Now, would I rush out to buy the Sea-Cat, likely not, but I certainly take a chance on the rental if the design ever came to fruition. 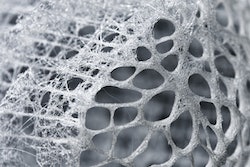 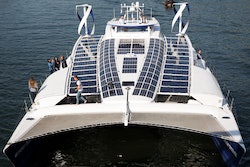 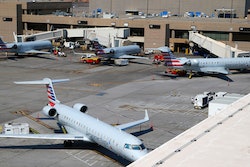